Sons: In the skin of a paedophile

The Zabaltegui section of the San Sebastian Film Festival, dedicated to young directors, has been an endless source of surprises. The section has screened “small” films with big content this year, with particular attention paid to youthful themes. In this sense, Sons” by Erik Richter Strand can be considered a pearl of the Basque festivities.

Lars, 25, works in a city pool where 50 year-old Hans seduces adolescents to satisfy his perversions. He meets them, becomes their friend and confidante, then pays them for sexual favours. The young Lars begins a crusade against the paedophile, creating an “anti-paedophilia brigade”, in the attempt to stop this spiral of perversion. His actions, rather than solving the problem, will place the victim’s lives in danger.

Young director Strand took many risks with his film and at the press conference said he was aware of the dangers and of the fact that he had made a controversial film. In fact, after an action film beginning, attention turns towards Hans’ life, his modus operandi, and the intimate relationship of mutual affection that he establishes with his victims.

The filmmaker looks at the human behind the paedophile, to the point of inducing in the spectator a nauseating feeling of empathy – an uncomfortable and unpleasant sensation that audiences could not, however, shed at film’s end. The proof lay in the Q&A with the director after the screening, during which the recurring question was: “How could you make this?”

Sons focuses on the darkest and least social side of each of us, to the point of evoking compassion for Hans, who is forced to do something extreme at the end of the film. And so the question changes as Richter was simply an instrument for opening Pandora’s Box.

The question thus becomes: “How is it possible to feel this feeling?” Richter’s answer was clear, biting and as cold as a bath in a Norwegian fjord: the reason is compassion, as intended by the Catholic religion, as a moral incentive on our conscience that transfers the line between good and evil according to the times.

A 100% Norwegian production (Eric Vogel for Tordenfilm), Sons is being distributed internationally by Bavaria Film and was released in Norway at the beginning of this month to optimal results, a trend that is destined to improve.

As of Tuesday, the Norwegian Film School (NFS) in Lillehammer has been celebrating its 10th anniversary, with masterclasses and screenings of films from past graduates. The event will culminate...

Export revenues of Norwegian films tripled between 2002 and 2006, to reach almost NOK20m (€2.5m), according to a recent report commissioned by the Norwegian Film Institute (NFI). In 2006, twenty...

"I make films that intrigue me"

With four nominations each, the award-winning directorial debuts of Joachim Trier (Reprise), Erik Richter Strand (Sons) and Stefan Faldbakken (Uro) are topping the list of this year’s Amanda...

Norwegian director Bård Breien’s feature debut, The Art of Negative Thinking, will be among the 15 contenders for the Crystal Globe, the top award of the Karlovy Vary International Film Festival...

DarkBlueAlmostBlack, the directorial debut of Spanish filmmaker Daniel Sánchez Arévalo (see interview), has won the top award – Best Eurasian Film, which comes with a €10,000 cash prize – at the... 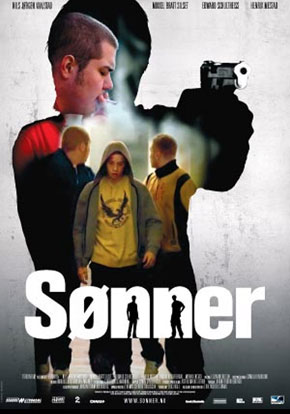