Lespert debuts as a director with 24 mesures

French actor Jalil Lespert (Human Resources, Le petit Lieutenant) debuts as a feature director with 24 mesures [+see also:
trailer
film profile], a kaleidoscope of gritty interlocking stories set at Christmas time. It has its world premiere in the Venice Critics’ Week and will open in France on December 5 through MK2, who also handle sales.

On Christmas Eve, four lonely souls connect with each other in different pairings, recognising each other’s loneliness because it is similar to their own. Lubna Azabal’s Helly has a past of drug use and prostitution and only wants to see her son but is not allowed to. Taxi driver Didier (Benoît Magimel) is caught up in a mess from which there seems to be only one way out. Bérangère Allaux’s Marie is a rich girl who is distracted when she is on the road, while jazz drummer Chris (Sami Bouajila) finally gets the gig he has been waiting for.

“The meaning of their actions should be taken at face value,” the director explained, underlining that “there is nothing intellectual about them, nothing betrays their thoughts”. The film indeed feels like a documentary at times, set in night-time environments that look as inhospitable as the characters and with hand-held camerawork that stays close to the protagonists at all times.

Azabal, on whom the film opens and closes, is almost unrecognisable with her peroxided hairdo and is the actor who impresses most, though acting is strong from the entire ensemble. The film is also well put together, double backing on itself several times without feeling forced. Nevertheless, the last section involving jazz drummer Chris -which is in English and features an ominous voice-over - first feels unconnected to the rest of the film.

Romain Duris, Charlotte Le Bon, Camille Cottin and the director himself all star in this film produced by WY Productions and being sold by TF1 International

Take one for Yves Saint Laurent

Directed by Jalil Lespert, the future biopic about the famous fashion-designer is competing with another project to be directed by Bertrand Bonello

Belgian Cow-boy in the line-up beside Lucky Luke

With Christmas fast approaching, French distributors are trying to stake their position amidst the flurry of expected releases, starting today with 12 films hitting screens. Releases include the...

The cornerstone of European theatrical distribution across the continent, the Europa Cinemas network headed by Claude-Eric Poiroux and presided by Claude Miller held its 12th annual conference in...

Marco Pontecorvo has chosen to make his first feature film in Bucharest, where he has just begun shooting Clown. The son of the great Gillo (director of The Battle of Algiers) makes his debut with...

After the success of his documentary Terror’s Adovate, which screened in May at the Cannes Film Festival (see article), Barbet Schroeder is returning to features, with principal photography...

Lespert debuts as a director with 24 mesures

French actor Jalil Lespert (Human Resources, Le petit Lieutenant) debuts as a feature director with 24 mesures, a kaleidoscope of gritty interlocking stories set at Christmas time. It has its...

With 26 films programmed in the various sidebar sections of the 64th Venice Film Festival, which kicked off yesterday, the 14 French international sales agents on the Lido are already leaving... 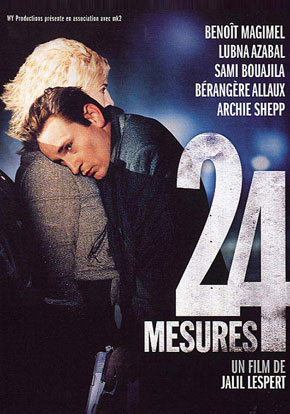