The Edge of Heaven

24/09/2007 - Six characters in search of their identity reclaim family ties and break away from their native land, on a journey of the soul between Germany and Turkey

Three years after the success of Head-On [+see also:
trailer
film profile], the Golden Bear winner of the 2004 Berlinale (and after the documentary Crossing the Bridge:the Sound of Istambul [+see also:
trailer
film profile]), Fatih Akin proves once again he is an imposing figure not only on the German scene but internationally as well with his latest feature, The Edge of Heaven [+see also:
trailer
interview: Fatih Akin
interview: Klaus Maeck
film profile]. The film picked up a Best Screenplay award at Cannes and, more recently, was chosen as Germany’s submission for the Best Foreign Language Oscar nomination, in the hopes of repeating the success of last year’s The Lives of Others [+see also:
film review
trailer
interview: Florian Henckel von Donners…
interview: Ulrich Muehe
film profile], the hit debut feature by Akin’s contemporary, Florian Hencker von Donnersmarck.

With this "very new" German cinema (named in homage to the great "new German cinema" of the 1960s and 70s) more thriving and promising than ever, the 34 year-old director of Turkish origin decided to bravely forsake already beaten paths for new ones, in terms of aesthetics and narrative. The second section of a trilogy entitled "Liebe, Tod und Teufel" ("Love, Death and the Devil"), The Edge of Heaven, on the suggestion of its DoP Rainer Klausmann, replaces the erratic editing that marks practically all of the director’s work with slower, longer sequences whose sobriety are a tribute to Michelangelo Antonioni.

With respect to the first instalment of the trilogy, Head-On, this film has a non-progressive, non-linear structure and is divided into three parts: the first two are specular and the third a kind of summation in which all of the pieces of the mosaic fall into place. The Edge of Heaven also reflects upon relations between Germany and Turkey, two countries in which all the main characters at times feel as if they are "on the other side" (the film’s German title) and face a foreign reality that is equally hostile and friendly. Other recurring themes in Akin’s films are also developed here, such as generational conflict and the still overly backward conditions of women in Turkish culture and society.

Set against the absurd and violent deaths of two women (one Turkish, one German, both in a foreign land), the film centres on relationships between fathers and sons and mothers and daughters, all searching for reconciliation after a necessary albeit traumatic separation, and includes specific references to current politics, such as the Kurdish question, the dangers of religious fundamentalism and civil rights in Turkey. The plot is rather intricate, which despite the general praise for the screenplay led some of the press to criticise it for including too many events and subplots. Yet Akin proudly claims he made no compromises and depicted precisely those themes close to his heart.

The third and last part of the trilogy will be about the "devil", which for Akin represents "the antithesis of love, that is, envy, greed, ignorance" and does not exclude a return to a more working-class and gangsta setting, such as that of his debut film Short Sharp Shock (1998). It will nevertheless be preceded by a documentary he has already begun shooting, entitled Der Müll im Garten Eden ("Garbage in the Garden of Eden"), on "one small village’s fight against the Turkish regime" and which he hopes to present at Cannes 2009.

more about: The Edge of Heaven

"To produce films that are close to our hearts"

"A film on the other side of one's ideals"

German-Turkish director Fatih Akin presented The Edge of Heaven in Cannes, where the film picked up the Best Screenplay prize and where Cineuropa spoke with the director

The Edge of Heaven

Six characters in search of their identity reclaim family ties and break away from their native land, on a journey of the soul between Germany and Turkey

"For us, the theatre experience is crucial"

“As a producer, I protect myself as a director”

CANNES 2017: We spoke to German director Fatih Akin about his new thriller, In the Fade

In the Fade: "Do you want to know who killed your family?"

CANNES 2017: Fatih Akin brings us a moving and effective drama about a neo-Nazi attack, a mix between a portrait of a woman, a legal film and a political thriller

Mediterranea, Mustang and The Lesson to contend for the 2015 LUX Prize

Fatih Akin to be a guest of honour at Lecce

The German director of Turkish origin will be attending the film festival in Salento on 15 April, which is dedicating a retrospective of nine titles to him

The Cut: A film about the evil in mankind

German-Turkish filmmaker Fatih Akin, recently honoured by the Filmfest Hamburg with the Douglas Sirk Prize, is presenting the world premiere of The Cut in competition at Venice this year 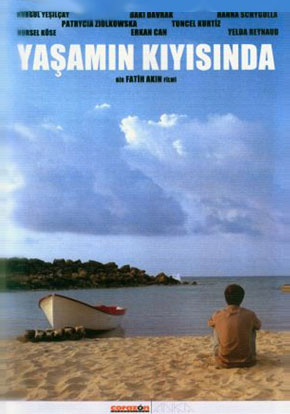