Turning the other cheek in Heart of Fire

Heart of Fire [+see also:
trailer
film profile], the Austrian/German co-production by Italian-born director Luigi Falorni (co-director and DoP of The Story of the Weeping Camel), raised some controversy due to the political nature of its subject matter.

This film – made up of superb images, as one would expect – takes its inspiration from the best-selling biography of singer Senait Mehari, who was a child soldier in the Eritrean liberation troops in the 1980s (during the annexation of the country by Ethiopia), even though Eritrea still disputes the fact that children were recruited in this way.

Falorni’s film – which fictionalises Mehari’s story in order to give it a more universal appeal – depicts the events from the point of view of a little girl called Awet (Letekidan Micael). At the start of the film, we see her receiving a Catholic education in Italian and she reveals she already has character when she questions the nuns about the precept by which you are expected to turn the other cheek to the person who hits you.

Very soon, her father – who is fighting on the side of the Jebha liberation armies (who are dragged into a fratricidal struggle against the Shabia troops) – asks for her to be fetched from the orphanage and offers her up to the Jebhan cause, along with her sister.

At first, Awet enthusiastically embraces the fighting spirit of the group leaders, but she cannot help but notice that the people targeted and killed by her group have the same hair, the same skin and even the same shoes as them, and she is loathe to use the rifle with which she is armed. Of her own accord, the little girl decides to refuse such orders.

Heart of Fire explores the exploitation of children in a very subtle way, in that the use of Awet’s point of view enables the director to analyse precisely how a young personality is shaped. We see how the little girl passes through various stages of identification and indeed mimicry (such as when she copies the hairstyle of the woman leader of the child soldiers) before she gradually understands what it is she doesn’t want and then constructs her identity no longer through adherence but through rejection, even if this means she has to turn the other cheek.

The press conference, which was dominated by the above-mentioned controversies, to which the film’s director responded by citing a number of sources and documents that testify to the veracity of his film’s premise, nonetheless allowed for some discussion of the work itself.

In Falorni’s opinion, the film stands as a parable of the way in which we typically raise our children. The director also spoke of the unexpected incidents during the shoot, involving the non-professional actors that he found in a refugee camp in Nairobi. On the day before shooting began, most of the selected participants resigned from the film due to certain pressures and the filmmaker had 24 hours in which to put together a whole new cast. The feat paid off in the magnificent performance by these ad hoc actors, in particular the young heroine.

Heart of Fire was produced by TV60Film Produktion, and co-produced by Senator Film Produktion and Austrian company Aichholzer Film, with financial backing from Eurimages in particular. International sales for the film are being handled by Beta Cinema.

more about: Heart of Fire

Thirteen new releases, including eight impressive European titles of various genres, hit German theatres yesterday. Firstly, teenage viewers will be able to catch up with their favourite gang of...

11 German (co)productions at the Hamptons IFF

Germany will be present at the 16th Hamptons International Film Festival (October 15-19) with a total of 11 productions and international co-productions. Hans Steinbichler will compete for the...

Four German features and three shorts will compete in four of the six competition sections of Italy’s Giffoni International Film Festival (July 18-26), one of the world's most important film...

Giffoni: “A young but mature festival”

“The Giffoni Film Festival is mature, but it’s never been so young!” says artistic director Claudio Gubitosi, who 38 years ago founded the first Italian event “dedicated to films for young people,...

The Brussels European Film Festival is in full swing in the Belgian capital. Films by German women directors take pride of place in the eclectic selection. Screening in competition is Emily Atef’s...

Young directors in spotlight in Brussels

Gomorrah, Countess snapped up for UK 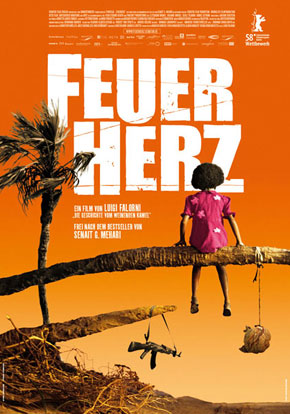