Dynamic memory, recollections "wiped from the mind’s hard disk", dissociative situations, dreams and hallucinations: war leaves peculiar traces in the minds of those caught up in the spiral of bloody and violent events. In his film Waltz with Bashir [+see also:
trailer
film profile] – the second film to screen in competition yesterday evening at the 61st Cannes Film Festival – Israeli director Ari Folman tries to reveal the repressed truth by disentangling it from the false reconstructions of the imagination.

Hybrid in its approach and style, the film combines documentary accounts and lyrical narrative. There are scenes in real images before Waltz with Bashir morphs into an animated feature. This astonishing film is a European co-production, between Germany and France.

"Suddenly, I saw a small child’s hand emerging from the rubble". Beirut-West, 1982: the Phalangists massacre the Palestinian inhabitants in the Sabra and Chatila camps, as the Israeli soldiers look on passively. Among the young recruits is Folman, who buries this episode in the depths of his mind.

But 20 years later – and this is how the film begins – one of his former army friends tells him about a recurring dream (26 black dogs come to kill him) and Folman decides to fill in the gaps in his mind. He goes to Holland to visit soldier friends and little by little pieces together the history of Israel’s intervention in Lebanon, before he visits key witnesses in Sabra and Chatila (an officer posted opposite the camps and a journalist).

The filmmaker retraces the events in an accessible way, using the detailed memories of the participants, touches of black humour and an omnipresent score including rock and classical music. Folman also exploits all the visual possibilities of the animated genre to illustrate the phantasmagoria of the mind and to soften the impact of the atrocities of war.

This unique blend makes Waltz with Bashir a quasi-experimental film and a prototype of a genre (cartoon documentary), prompting animated discussions among journalists after its press screening.

Le Pacte will release the film in France and international sales are being managed by German company Match Factory.

more about: Waltz with Bashir

“Art is the only salvation in times of war and crisis”

The new programmer of the Main Competition of the Palić European Film Festival shares some of his thoughts on the 29th edition, which kicked off this weekend

"I've never been afraid of the future"

Aiming to “bring beautiful cinema to film lovers”, the new collaboration will open up new opportunities to nourish the future of the cinema that both companies adore

"Platforms approach the question of who their target audience is differently"

The head of Special Touch Studios tells us about his three projects presented at Cartoon Movie — from Denis Do, Nadia Nakhlé and Anca Damian — and the sector’s current situation

CANNES 2021: Ari Folman brings the Anne Frank story to present-day Amsterdam in this innovative and delightful animation that has a remarkable sting in its tail 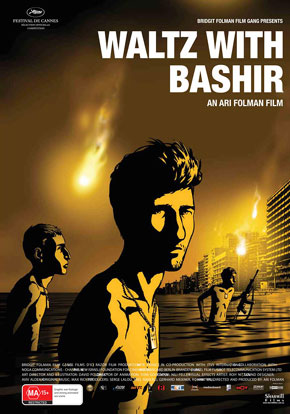 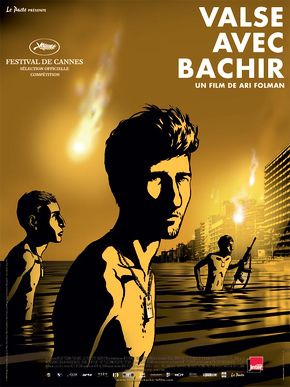