In Raymond Depardon’s Modern Life [+see also:
trailer
film profile], the filmmaker continues his look at the disappearing way of life on several farms in the hilly south that he also portrayed in Profils paysans: l’approche (2001) and Profils paysans: le quotidian (2004). It is one of the three documentaries that is part of the Un Certain Regard section at Cannes.

Like in the two previous films, progress and industrialisation pose the biggest threats, with some farmers now reduced to a quantity of livestock that can be counted on one hand.

Depardon, who grew up on a farm himself, is clearly in love with farm life but is not afraid to show its hardships too. Humour and naked truths are again key ingredients.

The film was produced by Palmeraie et Desert in co-production with France 2 Cinéma and with the support of Canal+, the National Film Centre (CNC) and the Ile-de-France region. It will be distributed in France by Ad Vitam, while Films Distribution handles sales.

CANNES 2017: Raymond Depardon brings us a new documentary which causes us to reflect on the face of justice and those who are admitted against their will to psychiatric hospitals

Raymond Depardon is all ears (and eyes) in Les Habitants

The famous photographer and filmmaker paints a reflective portrait of his country with this masterfully simple documentary, distributed by Wild Bunch

Optimum Releasing and Metrodome Distribution are the biggest beneficiaries in the latest round of funding announced by the UK Film Council’s Prints and Advertising Fund. Optimum received £210,000...

French film out in force at Rotterdam

Led by Juliette Garcias’ Be Good – which is among the 14 films set to vie for the Tiger Awards – there will be a strong contingent of French productions at the 38th Rotterdam International Film...

Two documentaries looking at rural life scooped top honours at the 2008 edition of the prestigious Louis-Delluc Prize, awarded on December 12 by a jury of 14 film critics and personalities...

The 49th Festival dei Popoli, one of the oldest and most prestigious documentary festivals, kicks off today in Florence and runs through November 21. “On the eve of its 50th anniversary,” says...

A coveted prize and benchmark of high cinematic quality, the Louis Delluc Award will be presented on December 12 by a jury of around 20 film critics and personalities presided by Gilles Jacob....

Varied line-up of European films ahead of 007 release

Thirteen new films are hitting French screens today, ahead of Friday’s release of US/UK co-production Quantum of Solace, which is helmed by Switzerland’s Marc Forster and stars highly successful... 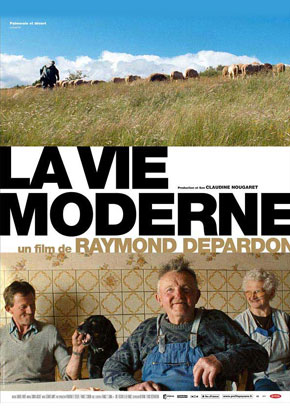