From the country that brought you the Mohammed cartoon controversies now comes a film that was made with Danish money but is entirely populated with Arabs: Omar Shargawi’s Go With Peace Jamil [+see also:
trailer
interview: Meta Louise Foldager
interview: Omar Shargawi
film profile] (Ma salama Jamil in Arabic). This bloody and tragic story of revenge casts the warring Shia and the Sunni factions living in contemporary Copenhagen as modern-day Montagues and Capulets.

Just like Romeo is wary of slaying Juliet’s cousin Tybalt until his friend Mercutio is killed, Sunni Jamil (Dar Salim), is torn between the pressure from his own environment to avenge the brutal killings of his mother and his friend Omar (played by the director himself) and his desire to let his own little son Adam (Elias Samir Al-Sobehi) grow up peacefully.

What makes Go With Peace Jamil unique is that it takes place in an entirely closed world and that that world that just happens to be set in the Danish capital. But its story of ancient grudge and new mutiny could be set anywhere; in any other big European city or even in the Middle East (little Adam speaks Danish, which is the only clear marker of location in the film).

Unlike Shakespeare’s tale of star-crossed lovers, there is little love of the amorous kind in Go With Peace Jamil, but bonds of male affection abound, mostly in the form of father-son and friend-to-friend relationships. It is these kinds of bonds that are typical of small-scale closed communities and they are so tightly knit exactly because the communities are closed.

Though the blood feud between the Shia and the Sunni is its particular context and Jamil, a Sunni, is clearly the protagonist, Shargawi shows both factions "alike in dignity" (to continue the Romeo and Juliet metaphor). It is about religious tensions, yes, but it is not interested in taking sides. Instead, the director focuses on the continuous cycle of violence associated with upholding each side’s honour, placing it in a long tradition of Mediterranean machismo and honour killings (Carlos Saura’s The Seventh Day comes to mind, and that film was based on a true story).

Shargawi investigates how this cycle can be broken, and how it is possible that people who minutely observe small religious bans – such as, for Muslims, not eating pork – are unable to abide by what should logically be much weightier bans, such as not killing other human beings.

Whereas the Danish cartoons were happy to poke (too) irreverent fun at a global problem from what was supposed to be a safe distance, Shargawi’s film tries to get under its skin in the one medium so apt at exploring emotions: cinema. Go With Peace Jamil overflows with tight shots and close-ups, which do not only force the audience to stay close to the characters, blocking a view of the actual setting (Copenhagen, in this case) but also visualise the characters’ narrow focus. They are unable to step back and look at the bigger picture, with tragic results.

more about: Go With Peace Jamil

"We at Zentropa invest in talent"

"It is the personal stories that are interesting"

Palestinian-Danish director Omar Shargawi won a Tiger Award for his debut Go With Peace Jamil at the Rotterdam Film Festival, where Cineuropa spoke with him

Cineuropa met up with Denmark's Producer on the Move, Eva Jakobsen, of Nimbus Film, to discuss what sparked off her interest in producing and what is next up on her agenda

And Danish director Carl Th. Dreyer returned to the screen at the launch of CPH PIX 2012 - the fourth Copenhagen International Film Festival

The sixth edition of the famous Camerimage Festival (November 29-December 6) – which puts the spotlight on cinematographers from across the world – kicks off tomorrow in Lodz. As usual, the...

The awards ceremony of the Transylvania International Film Festival, held last Saturday night at the National Theatre Hall in Cluj-Napoca, saw Mexican filmmakers walk away with both the...

Trust Nordisk registered the most interest during Cannes in Lukas Moodysson’s first English-language film, Mammoth, based on 19-minute reel of footage shown twice to buyers at private screenings.... 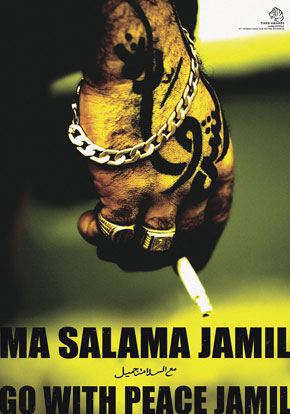