Turkish director Semih Kaplanoglu’s Milk [+see also:
trailer
film profile], the second part in a proposed trilogy, is the Turkish feature in competition at the Venice Film Festival this year. The co-production between Turkey, France and Germany explores the changing relationship between a mother and son who live in rural Anatolia, a region on the Aegean coast that is also undergoing changes.

Milk again centres on the sensitive Yusuf, though he is younger here than in the trilogy’s closing part Egg [+see also:
trailer
film profile], which came out first but whose events happen later in the chronology of Yusuf’s life. (The first instalment Honey will come out last.)

An aspiring poet, Yusuf helps out his widowed mother as a milkman and cheese seller at the market. Having recently graduated, he tries to understand how to live the life of a grown man, though the household’s milk literally and symbolically binds him to his mother. Using a large canvas and long takes, Kaplanoglu forces the viewer to tease out the hidden larger meanings behind this intimate tale of a mother and child.

Yusuf is here played by newcomer Melih Selcuk, while veteran actress Basak Köklükaya – best known in the West for her roles in Ferzan Ozpetek’s first two films – plays his mother Zehra. Köklükaya’s face, mysteriously resembling a sfumato Madonna painting from the Italian renaissance, suggests not only a particular mother, but also motherhood on a symbolical level, while the pensive gaze of the handsome Selcuk hints at his silent-waters-run-deep personality.

Turkish auteur Semih Kaplanoğlu delivers his most ambitious work of art after a seven-year absence, a quest towards humanity’s terminal threats

Crossroads will celebrate a decade of co-production forums during this year’s Thessaloniki fest; entries to be submitted by 31 July

Lights Out up against titles by Bouchareb, Kaplanoglu and Guadagnino

Three 2010 Cannes titles, a winner of the 2010 Berlinale Golden Bear, an Italian feature showcased at Venice last year, a title that aroused debate at Locarno, a documentary that premiered at...

Showered with international awards for his three shorts, up-and-coming Hungarian director Bálint Kenyeres has been selected with his debut feature project, Yesterday, for the co-production...

Cologne based sales company The Match Factory has just announced a series of sales on the Golden Bear winner of the 60th Berlinale, Honey by Turkish filmmaker Semih Kaplanoglu. The third part of...

My father the gentle hero in Honey

In a competition where no title has yet won widespread approval, a superb film finally arrives, drawing more than a few tears of emotion from Berlin festival-goers: acclaimed director Semih...

Flurry of premières at Paris Cinéma 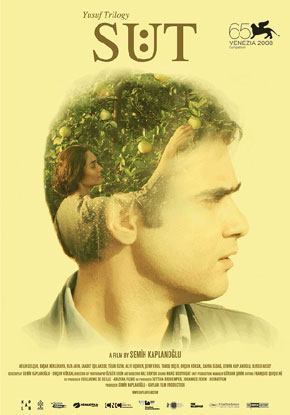 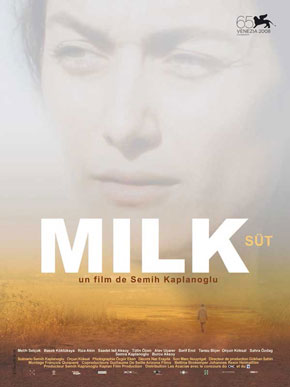