The Blue Bull, the first of the two Spanish titles vying for Best Film at the 2nd Estoril Film Festival, was presented yesterday by its director, Daniel Villamediana. For his feature debut, the Barcelona-based filmmaker chose a simple yet intriguing concept: filming a bullfighter without the bull, or the technique without the target.

Minimalist, flirting with abstraction and without dialogue (it only features some voice-over extracts from ancient bullfighting manuals), the film follows the lonely rituals of a wounded aspiring bullfighter (Victor J. Vásquez) searching for both technical improvement and a spiritual achievement. Far from the clichés of the typically Spanish tradition, Villamediana depicts what he calls “inner bullfighting”.

“When in the ring, a bullfighter might want to forget both the animal and the audience. I wanted to capture that process,” said Villamediana at the post-screening Q&A.

Just like Albert Serra’s Birdsong, screening in competition today, and Lisandro Alonso’s Liverpool, also in the program but out of competition The Blue Bull is proof that Catalonia is not simply a vibrant region for horror films – REC [+see also:
film review
trailer
interview: Jaume Balagueró, Paco Plaza
interview: Julio Fernández
film profile] and The Orphanage [+see also:
trailer
film profile], two of last years box office hits, were directed by Catalonia-based filmmakers – but also a prolific place for bold directors who dare to create outside the usual commercial boundaries.

Lluis Miñarro, arriving today in Estoril, is the man beyond those three titles with his company Eddie Saeta.

After screening at Locarno and now Estoril, The Blue Bull will continue on to the Gijón Film Festival next week. Local distribution, still under negotiation, is expected for February, 2009. Villamediana hopes both lovers and detractors of bullfighting will praise the film but he is aware of the difficulties of distributing such an alternative project.

How to get these kinds of films beyond the festival circuit (and to wider audiences) is a good question to raise at the annual, three-day Europa Distribution conference, whose first session begins this afternoon and will be attended by over 50 European independent distributors.

more about: The Blue Bull

At a time when reality shows no longer shock and social networking websites give new meaning to the old concept of “private life”, the 46th Gijón Film Festival has also contributed to the...

The Blue Bull, the first of the two Spanish titles vying for Best Film at the 2nd Estoril Film Festival, was presented yesterday by its director, Daniel Villamediana. For his feature debut, the... 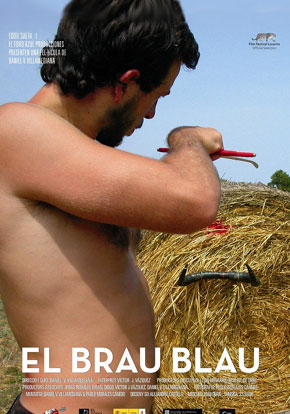