06/01/2009 - Trainspotting meets Charles Dickens in Mumbai, the junkies of Edinburgh take Oliver Twist by the hand in the modern India of global contradictions

Trainspotting meets Charles Dickens in Mumbai, the junkies of Edinburgh take Oliver Twist by the hand in the modern India of global contradictions. Yet whereas Trainspotting ended with savage and resigned irony ("Choose life"), Slumdog Millionaire [+see also:
trailer
interview: Danny Boyle
film profile] begins with the categorical phrase that destiny “is written”.

The “Asian” Danny Boyle seems to have become more fatalistic and mystical. He seems to indulge in adding a dash of Frank Capra to his Bollywood fairy tale. However, back from a trip to the sun (Sunshine [+see also:
film review
trailer
interview: AndrewMacdonald
interview: Danny Boyle
film profile] ), the Mancunian director placed his digital SI-2K camera in the mud and feces of the latrine of the slums of Mumbai, once again applying to the images his “aesthetics of haste”.

There is none of Irvine Welsh’s acerbic philosophy here, but the novel Q&A by Vikas Swarup, who wanted to mix the suspense of a game show with social commentary, and instead saw some of his scabrous references to homosexuality and domestic violence cut by screenwriter Simon Beaufoy. For the director, the “very Indian” story nevertheless evokes universal themes and emotions around an elementary message: you can create your own luck, you can win against all odds.

Doing away once and for all with any sense of colonial guilt, the English director makes his main character Jamal (Dev Patel) the quintessence of the post-globalised, neo-neo-romantic, pure and impartial man. A Candide in Mumbai, as he was described in an Internet forum.

Jamal takes part in the television quiz show (and global phenomenon) Who Wants to Be a Millionaire?, not to become rich but to find the girl he loved, to follow his dream. He correctly answers all of the questions but no one believes him – because he is a tea boy, a slumdog. He is too poor to be intelligent and cultured.

He is an everyman, a man of the streets. And while the film is set in India, the story could take place in Edinburgh, the Bronx, the Naples of Gomorrah – wherever there are shacks, mud and many, many children. Wherever there is poverty and the nouveaux rich, mafia bosses and child labour, armoured Mercedes and call centres.

Slumdog’s soundtrack drives home the idea of globalised pop, tradition and the avant-garde (like cinema), with the techno bass, sitar and sampled mystical choirs of A.R. Rahman – the 43-year-old Sufi and guru of Asian entertainment (Time called him the “Mozart of Madras”) – and M.I.A. (aka Maya Arulpragasam), a Tamil from Sri Lanka who grew up Hounslow, London and sings of immigrants.

There is no more culture clash. What remains is deeper and more terrible. In the emotional ending, Boyle completes his homage to Hindi music, simultaneously paying unwitting tribute to the (hyper) realistic story, setting a Bollywood dance number in the Vittoria Terminus train station, hit several days before the film’s European premiere by a terrorist attack.

Trainspotting meets Charles Dickens in Mumbai, the junkies of Edinburgh take Oliver Twist by the hand in the modern India of global contradictions

“Vinayak’s story mirrors the transformations that were happening in India”

The African, Asian and Latin American Film Festival is due to take place in Milan

“Once you are 46, you have made your choices and have to live with them” 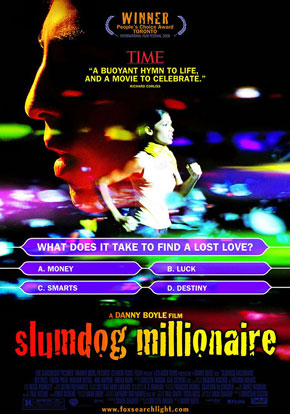