28/01/2009 - Romanian director’s enigmatic, feature debut had its world premiere at the 2008 Venice Film Festival and has since then picked up several international awards

A prolific shorts filmmaker with a number of television projects to his name, Romanian director Adrian Sitaru’s enigmatic, feature debut Hooked [+see also:
trailer
interview: Adrian Sitaru
film profile] had its world premiere at the 2008 Venice Film Festival and has since then picked up several international awards. Among them, a Silver Alexander and the ex-acqueo Best Actress Award at the Thessaloniki Film Festival, and the New Voices/New Visions prize at the Palm Springs Film Festival.

The very low-budget title (made for approximately €100,000) is a Romanian/French co-production by Situru’s 4Proof Film in collaboration with Arte France Cinema and Movie Partners In Motion Film. International sales agent Rezo has sold it to a number of European territories so far.

The film is not only a portrait of a couple on the possible brink of a break-up, but also an exercise in style – the entire film is shot in POV, alternating fluidly between the perspectives of the various characters.

On a fishing trip to the country, squabbling pair Mihai (Adrian Titieni) and Sweetie (Ioana Flora) accidentally hit the prostitute Ana (Maria Dinulescu) with their car. Initially convinced she is dead, as they try to decide what to do with the body in the woods, Ana shockingly comes to. Seemingly unaware of what’s happened, she slowly insinuates her way into the couple’s lives, tipping the delicate balance of their emotional crisis.

Economic and sparse, Sitaru took 16 drafts of the script and three years to make a film that he says was also influenced by Dogma. Hooked sets itself apart from many other recent, successful titles of the so-called Romanian New Wave because of its contemporary rather than historical setting. “I didn’t want to speak of my country’s political problems but to look at human behavior,” says the director.

DoP Adrian Silisteanu is a protagonist in his own right, with only a mini-DV camera at his disposal – no HD or 35mm camera could have handled 300 degrees of constant camera movement, which he had to choreograph with the actors.

Dinulescu speaks of the film’s rehearsal process as a unique and arduous one. “We rehearsed very, very much with the camera, every step we would take, because we could do absolutely no improvisation,” she says. The fact that the project was virtually no-budget was not a problem because, she jokes, “We actors saw a very good script and didn’t ask for any money, nor was there any to give!”

Sitaru is currently preparing his next film, a more personal story about his mother’s illness, entitled Of Love, With Best Intentions. Developed as part of the Cinefondation Residence, the project was awarded production money from the Romanian Film Center in its 2008 autumn session and will go into production in the second half of this year.

POV is the future of cinema

Romanian director’s enigmatic, feature debut had its world premiere at the 2008 Venice Film Festival and has since then picked up several international awards

The event for films in post-production features five projects, including Adrian Sitaru's The Fixer

The drama will end post-production in the autumn

Famous for the Locarno winner Best Intentions, Monica Lazurean-Gorgan talks about her new (and many other) projects and future plans

One of the two Romanian productions in Locarno's main competition, Best Intentions is Adrian Sitaru's second feature (after Hooked, Venice Days 2008). It tells the story of Alex (Bogdan...

Two Romanian productions and one Italian-Romanian co-production were announced in the competition of this year's Locarno International Film Festival, which will run from August 3-13. After France,... 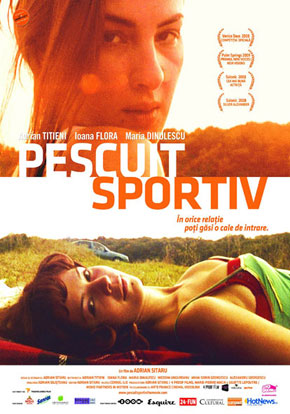