At 33, he was the youngest director in competition at the 2008 Cannes Film Festival, but Hungarian filmmaker Kornél Mundruczó is certainly not the least talented. Delta [+see also:
trailer
interview: Kornél Mundruczó
interview: Orsi Tóth
film profile], his third feature, proudly confirms his highly personal style and the enormous potential of this emerging young star.

Staggeringly beautiful from an aesthetic perspective, the film manages to captivate viewers despite its minimalist plot and dialogues. This impressive feat is achieved thanks to the charisma of the two lead actors (Orsi Toth and debut actor Lajko Felix, a famous violinist and composer of Delta’s excellent score) and a keen directorial style.

An ode to the beauty of wild nature filmed in the Danube Delta in Romania, the feature – co-written by the director and Yvette Biro – takes its initial inspiration from the classical theatre of Shakespeare and Euripides. Returning to his native village after a long absence, a nameless man builds a house on stilts in the middle of nowhere, aided by his half-sister whom he has just met and ostracised by his mother and stepfather.

Amidst the magnificent landscapes – filmed without special effects – the brother and sister watch and discover one another and end up falling in love in the middle of this garden of Eden, a sort of paradise lost which they slowly and silently tame. But in Mundruczó’s world, unconventional happiness is never to society’s taste and this leads to tragedy.

"Some people think they’ve got the right to persecute those who don’t bow to convention", said the filmmaker. "I’m more inclined to accept Rousseau’s idea that man is naturally good in a primitive state and is then corrupted by society".

The director conveys this philosophy through a lyrical style reminiscent of Terence Malick, a masterful approach full of subtle atmospheres and understated emotions, including during an awful and lengthy rape scene, which is glimpsed from afar.

Delta was originally hampered mid-shoot by the death of the lead actor Lajos Bertok in Spain and production had to start over again from scratch. The finished work is as fascinating and dazzling as it is uncompromising, in particular in its brutal ending, which is as shocking as the blade that falls.

With Delta, the director – who gladly cites Fassbinder and Bergman among his influences – continues his rise to fame without straying from his rigorous artistic and moral standards, while he could quite easily shoot a mainstream thriller. But unlike some of his compatriots who are lured by the appeal of Hollywood, Mundruczó prefers to continue along the path of quality European auteur film, which will soon lead him to make a screen adaptation of Frankenstein, which he brought to the stage last year.

Delta is sold internationally by French-based The Coproduction Office. Launched in France by Le Pacte on March 4, the feature will be released on April 24 in Spain and May 8 in the UK.

"Who is guilty in the end?"

Extracts from the press conference given on the Croisette by the Hungarian director, selected in competition at the Cannes Film Festival 2010 with Tender Son – The Frankenstein Project

Jupiter’s Moon in competition, co-production Out in Un Certain Regard and a number of titles at the market, as we wait for news from Laszlo Nemes

Since 23 May, the filmmaker has been in Budapest shooting his seventh feature; the production is being helmed by Proton Cinema and will be sold by The Match Factory

Son of Saul: Survival in a “Sonderkommando”

Currently in post-production, the feature debut by László Nemes, produced by Laokoon Filmgroup, immerses audiences in the hellish Auschwitz camp in 1944

White God: “You will see who your master is”

CANNES 2014: Virtuoso Kornél Mundruczó delivers a staggering and harsh parable on the misadventures of a dog and a young teenage girl in a cruel world

A new selection on the Croisette for Kornél Mundruczó

With White God, the filmmaker, who was popular in competition in 2008 and 2010, is making a return to Un Certain Regard, where he first came to fame in 2005

White God by Kornél Mundruczó in the starting-blocks 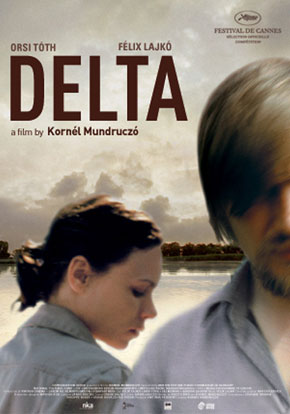