25/03/2009 - With A Country Teacher, Czech auteur Bohdan Slama again presents his unique and challenging vision of a world in which happiness is not always what we expect

With just three films Bohdan Slama has established himself as the Czech Republic's leading auteur. Part of the first generation of filmmakers to emerge after the Velvet Revolution of 1989, Slama won international acclaim immediately upon graduation from Prague's FAMU film academy. His first feature, Wild Bees, screened in competition at Rotterdam in 2002. It was the Czech submission to the Oscar race and won the grand prize at Cottbus.

His follow-up, Something Like Happiness [+see also:
film review
trailer
interview: Bohdan Slama
interview: Pavel Strnad
film profile], took the Golden Shell at San Sebastian in 2005 and screened at Toronto, Cottbus, Linz, as well as getting the Oscar nod.

Like all Slama's stories, A Country Teacher has a rough-hewn, folksy character. It challenges viewers' expectations in that the resolution is incomplete and in fact seems to celebrate sadness, yet still gives the audience emotional satisfaction.

In the film, the focus is on Petr (Pavel Liska), a closeted homosexual who leaves his teaching job in the city for the classrooms of a remote village. In doing so he seeks to leave behind the domination of his mother, the headmistress of the city school, and his boorish lover.

Several conflicts drive the plot. Middle-aged widow Marie (played fearlessly by Zuzana Bydzovska) confesses her attraction for Petr, who in turn harbours desire for Zuzana's 17-year-old son, Lada (Ladislav Sedivy). Petr's jilted lover turns up and instigates further chaos by seducing Lada's girlfriend. When Petr confesses his true feelings to Marie, the story arrives at a sudden, violent impasse, which the characters can overcome only through will and determination.

DoP Divis Marek, who also shot Slama's previous films, has a sensitive touch which never draws attention to itself but which is nonetheless artful. “He is very open to actors and to situations that can't be repeated, those very soft moments that are so important,” Slama says.

International critics have praised Slama's relaxed storytelling, which retains a sense of humour even in grim scenarios, and his use of visual details to add depth to the characters and settings. Slama is also praised for his portrayal of small-town life, refreshing for audiences accustomed to city scenes in general or the Prague skyline in particular. The characters of A Country Teacher speak Czech but their provincial milieu is universal.

A Country Teacher is produced by Negativ (Czech Republic), Why Not Productions (France), Czech Television, and Pallas Film (Germany), with funding from the State Fund for the Support and Development of Czech Cinematography and Mitteldeutsche Medienförderung. Producers are Petr Oukropec, Pavel Strnad, Karl Baumgartner and Thanassis Karathanos.

Bontonfilm distributes A Country Teacher in the Czech Republic, where it has seen 195,000 admissions. Memento Films will release the film in France on April 1, Cinéart in Belgium on July 15, Wild Bunch Benelux in Nederlands on August 6 and Neue Visionen in Germany on August 27. Wild Bunch handles international sales.

more about: The Country Teacher

“The search for love”

Czech auteur Bohdan Slama shares his thoughts behind the story of A Country Teacher and his view of contemporary Czech cinema, and reveals the subject of his next film

With A Country Teacher, Czech auteur Bohdan Slama again presents his unique and challenging vision of a world in which happiness is not always what we expect

The Central and Eastern European film festival will open tonight in the spa town of Wiesbaden with the screening of Bohdan Sláma’s new film.

Why Not Productions active on all fronts

While Xavier Beauvois’s Of Gods and Men continues to occupy the top spot at the box office (1.72m admissions in 26 days), another title from Why Not Productions is hitting screens today: Gregg...

Mamas & Papas to have international premiere in Hamptons

Czech film Mamas & Papas will have its international premiere in the Narrative Feature Film competition at the Hamptons International Film Festival (October 7–11) in East Hampton, Southampton,...

High Point Films has picked world rights for Protektor, the Czech submission to the Oscar race for Best Foreign-Language Film. High Point will present the film at the European Film Market in...

At its 117th meeting, held from December 14-16 in Paris, the management committee of the European Council’s Eurimages fund granted a total of €4,770,000 in co-production funding for 13 features.... 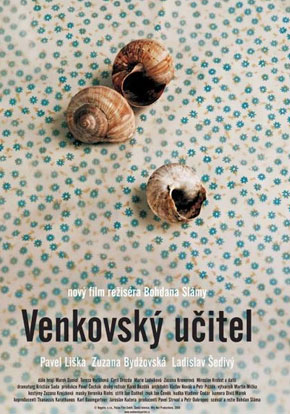