We had a pleasant virtual chat with Danish filmmaker Pernille Rose Grønkjær, who spoke about her latest, thought-provoking documentary, Solutions [+lee también:
entrevista: Pernille Rose Grønkjær
ficha de la película]. The film world-premiered at this year’s CPH:DOX (21 April-12 May), and follows 15 leading scientists and innovators who meet in a New Mexico facility to find feasible solutions to the world’s major issues over the course of ten days.

Cinema Femme: When did you start working on Solutions?
Pernille Rose Grønkjær: Everything began back in 2014. I met this Danish scientist called Steen [Rasmussen, professor in Physics at the University of Southern Denmark and organiser of the boot camp], who told me something about his project. The idea was to put together a group of very smart people who would look at some of the problems that the world was facing. So I attended several of their meetings held over the years, and then something happened during the last one. The group, the way we shot it – everything came together, and I realised: “Okay, here’s the film!”

One of the most interesting parts was the one dedicated to social media. In particular, I was struck by the concept of applying Dunbar’s number to limit our number of “virtual friendships” and the idea of separating news feeds from social media to combat fake news. What’s your take on the subject?
I think it’s so interesting the fact that somebody comes along and shakes things up! We all know that maybe it’s not so realistic to have 150 friends on Facebook, but it’s something we should take into account. We’re all so absorbed by this social-media sphere, and we’re all part of this. So many things are now taking place there, even though I don’t think it was supposed to be this way. For example, there are discussions about democracy on a platform that measures your data… It’s a complex and fantastic area to explore. Obviously, there are other films that discuss these themes, but what is visible here is how these problems are connected to each other. [...] This is also the narrative that we try to create within the film: this [the troubled state of the information sector] is not only a problem that affects social media, but it also involves our institutions, the economy, the environment and so on. It’s a circle.

Another part that was particularly engaging was how it covered the world of labour. To summarise, it seems that the main idea is: “Everyone should work, but everyone should work less.” I was also fascinated by this novel concept of “eu-capitalism”, introduced towards the end of the film.
That is one of my favourite parts. It’s an attempt to see our economy as something different. Before making this documentary, I didn’t think we could actually change the foundations of our economic system. Currently, we’re in a paradigm that worked once, but which doesn’t work any more. This has already happened throughout history, but we tend not to think in these terms. Even gaining an awareness of this process is really important. The technology is advancing at a pace that nobody had anticipated, challenging the established models. Somehow, this process is just a natural way of progressing as a species, and as Nick Hanauer [an American progressive entrepreneur and venture capitalist] and Eric Beinhocker [professor of Public Policy Practice at the University of Oxford] point out, it implies a different focus on what humans do and who they are. The economic model we live in now is very fixed and assumes we’re all rational beings. But people are emotional and have connections… These experts want to consider things from a different angle and bring their scientific expertise to build a new way of viewing capitalism. So the economy might be based on something else – for instance, on morals. As they say, every economic act should be a moral choice. Is that choice good or bad for humanity? That moment was one of the most revealing. 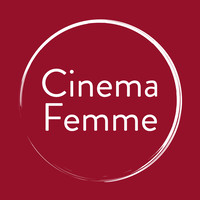