Romanian producer and director Monica Lăzurean-Gorgan's first feature film, A Mere Breath [+lee también:
tráiler
ficha del filme], world-premiered at this year's Visions du Réel in Nyon and won the Heart of Sarajevo for Best Documentary at Sarajevo. Last week, it won the Best Romanian Documentary Film Award at the Astra Film Festival in Sibiu (read the news). Shot over a period of seven years, and clocking in at only 67 minutes, it is both an emotionally powerful and a professionally disciplined film that explores a wide range of tricky subjects.

The Sicrea family lives in the town of Copșa Mică, home to the Sometra factory, which made the town the most polluted in Europe, with its lead and cadmium emissions. The factory was shut down in 2009, and this is also the starting year of the film.

Former factory worker Dobrin Sicrea, his wife Lia, and children Ioana (12), Angelo (11) and Denisa (seven) belong to the deeply religious Neo-Protestant community. It is a barren form of Christianity that even strips religion of crosses and has arrived in Eastern Europe from the USA – this influence can clearly be seen in the way the preacher speaks to the believers in the church, which looks more like a community centre.

Denisa suffers from a spinal birth defect that keeps her bound to a wheelchair. At the beginning of the film, the family, led by Dobrin, is inclined to believe that a God's miracle will cure the girl's illness. "We have to have faith and keep praying," says Dobrin. "You created bone marrow, oh Lord," prays Lia through her tears during a church service. Dobrin is not refusing medical help outright, but his awareness is still clouded by his religiousness.

Time passes and the miracle does not come to pass. Lia is increasingly urging Dobrin to take the child to a "serious" doctor in Bucharest, and the man of the family is struggling with his own contradictions – complete belief in God and the fact that God is not helping his innocent child; awareness that it was the pollution that caused the birth defect, and lack of work, which equals lack of money.

Meanwhile, Ioana and Angelo are growing up and entering adolescence, which is accompanied by the former's growing interest in boys, and the latter's growing machoism and rebelliousness. The director uses this development to both lighten the atmosphere, and to underline the conflict of religious belief and reality that is tearing Dobrin (whose kindness and honesty are never questioned) apart.

Lăzurean-Gorgan sets up the scenes with a static camera, and frames them with a pronounced sense of symmetry and classical composition, giving the viewer a chance to immediately reflect on their often very emotional content. The disciplined selection of material and editing by Andrei Gorgan, with the help of consultant Alexander Nanau (Toto and His Sisters [+lee también:
crítica
tráiler
ficha del filme]), results in a surprising and fully accomplished emotional arc. Thus, A Mere Breath becomes one of the rare films that give the audience a feeling that what they have seen has enriched them both intellectually and emotionally.

A co-production by Manifest Film and HBO Europe, A Mere Breath is handled internationally by Syndicado.

Crítica: Marek Edelman… And There Was Love in the Ghetto

Crítica: Light From the Chocolate Factory 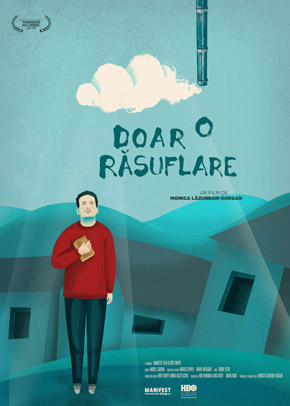 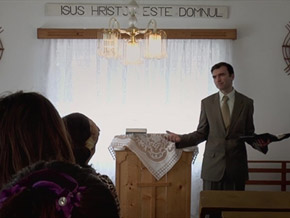 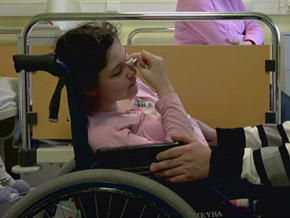 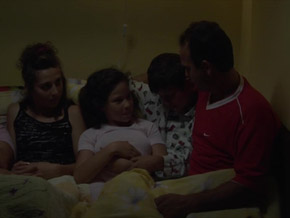 Crítica: Marek Edelman… And There Was Love in the Ghetto

Crítica: Light From the Chocolate Factory

This Is Not a Burial, It's a Resurrection
de Lemohang Jeremiah Mosese