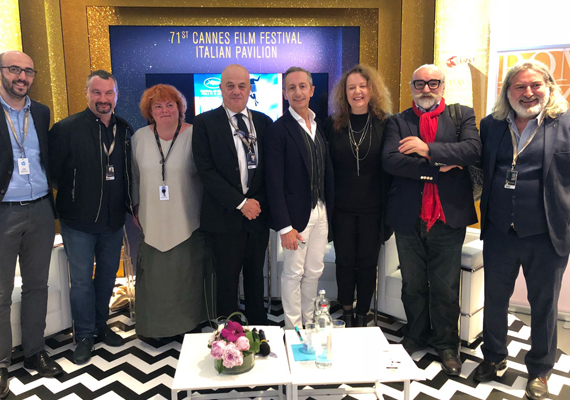 A total of 24 producers took part in the "Coproduction Lazio Balkan Days" at Cannes on 14 May, hailing from six different countries: Albania, Bulgaria, Macedonia, Montenegro, Serbia and Italy. “The Coproduction Lazio Balkan Days were born of a desire to strengthen ties between the Balkan states and Italy, and particularly producers from Lazio,” explains Cristina Priarone, head of the Roma Lazio Film Commission. “The president, Luciano Sovena, took part in the first edition of the Balkan Film Market last October, where ANICA is already actively involved in collaborating with the Balkan area. We will also instigate other initiatives linked to co-productions with the Lazio region’s Lazio Cinema International fund,” she continues.

Endowed with a sum of €10 million per year, the fund has the second-highest budget in Europe, after that of Berlin. “It’s open to producers from all over the world who have a co-producer in Lazio. We want to encourage the presence of Balkan projects in the fund,” states Priarone.