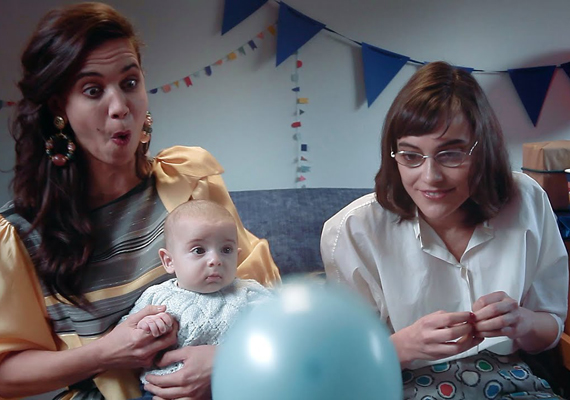 Al final explota un globo (A Balloon Burst in the End), directed Antonio Panteras, has won this year’s Cineuropa/Filminute Audience Award. The darkly funny and satirical film finds out the real answer to the question “When are you going to start a family?” The film was chosen by the Cineuropa readership in what was dubbed the Five Minute Challenge – the chance for the readers at Cineuropa to watch five great European films all lasting exactly one minute. With voting popular across all five films in the challenge, it was a tough decision for the Cineuropa audiences but Al final explota un globo finally prevailed. The film can be seen here.

South Korean filmmaker Nuri Jeong won Best Filminute, the top award at the 13th edition of the online film festival, for her film The Edge Of Seventeen. The elegant and mysterious film was praised by the international jury for its “tightly spun tension, confident direction, and subtle yet  powerful use of sound design and special effects.”

Alejandro Itkin’s film, Air Time (Argentina), garnered the most online votes to win the People’s Choice Award. The film is a passionate appeal for corruption-free government that takes a cynical turn.

The Top Rated Film was Soul Mate, won by Iranian director Mahdi Borjian. It’s a deeply intimate story of compassion and strength that captures a young boy’s transformative journey towards connection and solidarity with his dying father.

“The one-minute format is a lean and powerful one, allowing filmmakers and artists to take risks, explore hot button subjects like corruption and screen addiction, and deliver films with an immediacy and impact that is often not possible with longer formats,” said Filminute executive director and head of jury, John Ketchum.

More information and full details are available at www.filminute.com.