It's been seven years since writer-director Ragnar Bragason's 2013 Toronto entry Metalhead [+lee también:
tráiler
ficha del filme]. His sixth film, The Garden [+lee también:
tráiler
ficha del filme], is an adaptation of his own 2012 stage play of the same name, which ran for a year at the Reykjavik City Theatre to a sold-out crowd. Now, cinema audiences can see what all the fuss is about with this amusing big-screen version, which played as part of TIFF Industry Selects at the Toronto Film Festival.

Indiana lives alone in her home. The dominance of greens and browns makes the inside of her house look like a garden in autumn. This is a colour palette pushed throughout the film by cinematographer Árni Filippusson (Either Way [+lee también:
tráiler
entrevista: Hafstein Gunnar Sigurdsson
entrevista: Hilmar Gudjônsson - Shooti…
ficha del filme]) and production designer Heimir Sverrisson (Adrift). Indiana is a cantankerous old lady who is unafraid of making her opinions known, who is happy to grab a broom and smash it against the ceiling while complaining about the volume of the music her immigrant neighbours are playing. She gets a knock at the door from a civil servant and presumes it's news of another prize for her award-winning laburnum tree. But no, she has to chop it down, as there is a mandate to remove all flora not native to Iceland before 1900. Her inner Eyjafjallajökull erupts.

Bragason finds irony in Indiana's selective thinking. She's fighting for her international tree while slamming immigrants. Her contempt for her son's new girlfriend, a nurse, is almost irrespective of her nationality. She's been mollycoddling her son into submission since birth, telling him he has illnesses that will ensure that he can't fulfil his dream of being a first responder. The nurse sees the destruction that this is causing to his emotional well-being and is not afraid to speak out. The truth causes happiness and heartache for Unnar as he struggles to break free from the blood tie, convinced he has to listen to his mother. The trump comedy card is Indiana’s best friend Johanna, who is deserving of the state support that Indiana gets by swindling the system, and has a hilarious practical outlook on sex. In contrast, Bragason shows that Indiana is emotionally vulnerable through her attempts to find love.

The Garden grows out of the immigrant tale as time rolls by and develops shoots that blossom into a complex psychological drama about how a dominant matriarch can ruin the lives of the ones she loves. The arrival of winter and Christmas is met with a colder colour palette for the garden. The details are well watered in this tragicomic tale that is well executed and perfect family viewing, albeit uncomfortable for many with its truths. It lacks the distanced humour and style of some of the recent big hits of Icelandic cinema, such as Rams [+lee también:
crítica
tráiler
entrevista: Grimur Hakonarson
ficha del filme] and the aforementioned Woman at War, but it makes up for it with a big heart and a desire to show that even maniacal mothers can be human, too. The unexpected, explosive ending really waters the weeds.

The Garden was produced by Icelandic outfit Mystery Productions, in co-production with Poland's Madants and Iceland’s RÚV. 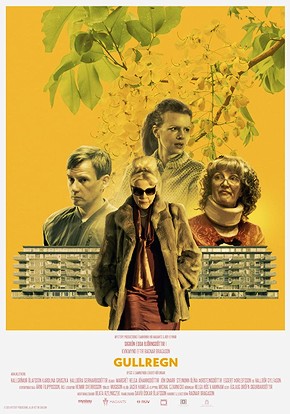 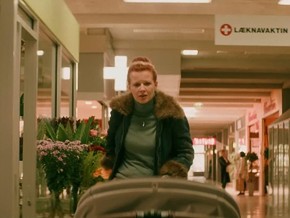