Building a house outside the confines of the city, bringing up a kid and breeding a dog next to a wild forest and a creek – sounds like a wet dream for all kinds of drained urban creatives and post-hippies. It would also be a dream come true for thirty-something Błażej (Błażej Kitowski) and his partner Magda (Magdalena Sztorc), the protagonists of Grzegorz Zariczny’s Simple Things, which was shown at the 20th New Horizons Film Festival in Wroclaw, if it weren’t for pesky reality getting in the way. Instead of an idyllic summer in Poland, it’s muddy and cloudy late autumn – probably the most depressing season on Earth. The couple can’t afford to hire professional help with laying the floor or plastering the walls, so they do it themselves, with the help of Błażej’s uncle, who comes to live with them. His presence is also a reminder of emotional wounds that Błażej had covered up with layers of emotional concrete. Oddly enough, he works as a cameraman for a psychological workshop, which forces people to open up about their feelings of grief and loss – and to cry – in the most excruciating ways. Given how cool and relaxed, and also emotionally withdrawn, he is, the guy doesn’t really know what to make of it.

Time slowly passes by – this being yet another of the questionable charms of the Polish autumn and winter, which seem to last forever – and the new house is slowly getting ready to welcome its first tenants, while Błażej’s confrontation with himself and his family is getting harder and harder to put off.

Simple Things is one of those films that blend fiction and documentary, and it does so smoothly and sleekly, too. Zariczny’s first feature, Waves [+lee también:
crítica
tráiler
entrevista: Grzegorz Zariczny
ficha del filme], was made in a similar manner, but it’s not really formal experimentation that interests the Polish director – for him, it’s more about using any and all means possible to show the real human spirit. Kitowski and Sztorc are filmmakers, but not actors: she is a producer (also of this film), and he works in the camera department – and from the end credits, we learn that the script was based on their story.

Zariczyny’s work is subtle and almost invisible; he melts into the background like every solid documentary director should – one of his early docs, The Whistle, won the Grand Prix in the short-film competition at Sundance in 2013. Zariczny forms a strong and effective creative trio with DoP Weronika Bilska, whose trademark is being up close to the actors, but never forcing the camera on them, and editor Bartosz Pietras, who cuts the scenes in a way that reinforces the feeling of the characters’ emotions being stifled.

Simple Things is exactly like its title implies – a modest story about plain, everyday things, like living together, bringing up a child, building a house, and talking honestly and openly to relatives. The story is not new or original, but then again, it doesn’t need to be to draw attention or resonate deeply. After all, the simple stuff is the stuff that truly matters.

Simple Things was produced by Poland’s Before My Eyes, with New Horizons Association on board as the domestic distributor. The world rights are up for grabs, while the international promotion is being handled by the Connect the Dots film agency. 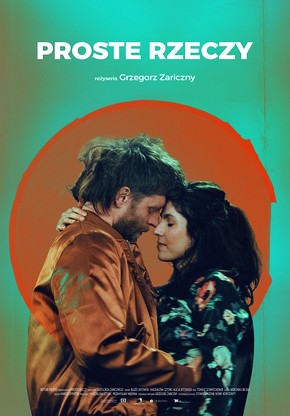 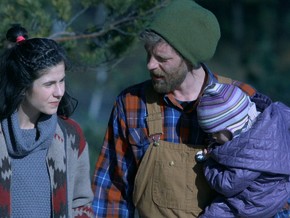 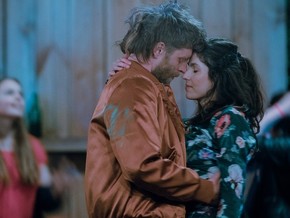