Crítica: It Is Not Over Yet

Louise Detlefsen’s film It Is Not Over Yet [+lee también:
tráiler
ficha de la película], showing a small nursing home in Denmark where employees can actually take their time getting to know each resident, goes back and forth between a dream scenario and your biggest nightmare. For all its pastel colours and perfectly arranged snacks, it still shows people with dementia being forced to leave their own homes and taken to another place by their exhausted families, who are no longer able to care for them. “It must have been prepared,” says one of them resignedly, pointing at the pictures already hanging on his new walls, realising everyone has left and he is the only one staying. It’s gut-wrenching scenes like this that make it impossible to describe this doc as “feel-good,” despite Detlefsen’s gentle direction.

As always in such cases, one also feels uncomfortable watching people who no longer know where they are, let alone that someone is filming. Would they really want their last days, spent in a state of confusion, documented this way? Can you really get consent from someone who barely remembers their own spouse, even when their children agree? It’s hard to say. But although she focuses a lot on the elderly here, maybe even too much, Detlefsen is also ready to show that things can be done differently, and that instead of drugging people into submission, you can offer them only paracetamol, with lots and lots of cake.

If, as TV show host John Oliver recently stated, nursing homes and elder care are “a strained system pushed to the brink,” other solutions are clearly needed. In It Is Not Over Yet – world-premiering in the Systems Down section at this year’s Hot Docs – it’s all about going back to Florence Nightingale, back to being kind to each other and remembering that the person in front of you is, indeed, a person, and not just an ailing body. The staff at Dagmarsminde knows what their residents used to do before and who they used to be. They do everything people in much bigger facilities, however dedicated, simply don’t have the time for: smile, hug or scratch someone’s back.

It’s all very nice, but it’s still a peculiar place – so peculiar it could easily accommodate a Jordan Peele horror movie as well, with its blond, smiley, all-female team serving desserts left and right, handing out freshly cut flowers or wheeling in former residents in their white coffins to say their final goodbyes. Despite its director’s obvious enthusiasm, it’s easy to see why, as it is said here, it’s “the only Danish home run this way.” But as teary family members continue to come and go, seeing all this seems to have a calming effect on them too, as well as on its founding nurse, who has personally experienced what neglect can do to a person.

Even though it’s stated that the place in question is not for “rich people only,” this kind of “care treatment” is a luxury probably few can afford or even find. This, in a way, makes this watch even harder, as you know deep down that unless something changes, there is no guarantee anyone will treat you with care and respect when you need it the most. “We tend to try to avoid thinking about it, but the truth is, many of us do or will require help with daily living,” added Oliver. And once we do, let’s just hope there will be cake.

It Is Not Over Yet was produced by Malene Flindt Pedersen for Hansen & Pedersen. International sales are handled by First Hand Films.

más sobre: It Is Not Over Yet

Crítica: It Is Not Over Yet 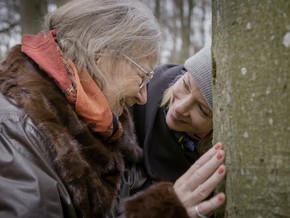 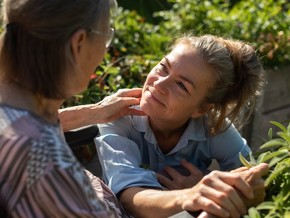 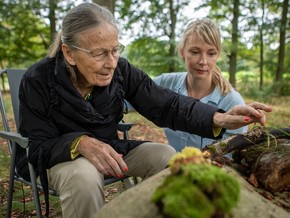 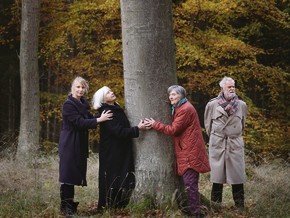