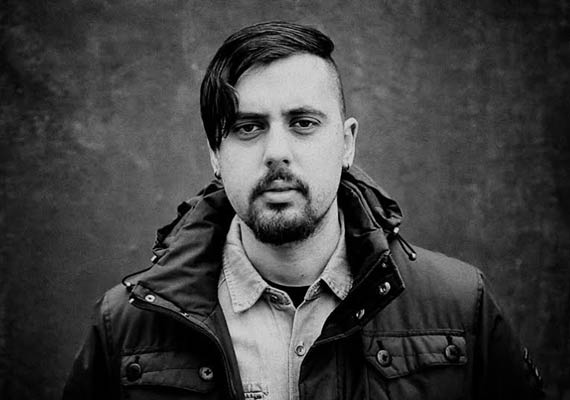 Through the relationship between a grandfather, a father and a grandson, Vesnakov’s second feature, entitled Windless, portrays three Bulgarian generations and their attitude towards roots, memories and the past. The plot revolves around a small town where a major investor is buying up people’s land – even the local graveyard. The only one who opposes the deal is Kaloyan, the oldest protagonist. His stubbornness sparks a conflict within the community, as well as in the family.

The director questions current moral values while also wondering whether Bulgarian society is still capable of raising people of honour or whether it is already too damaged and suffering from a constant state of vulnerability. The main inspiration for Windless is the life of Vesnakov’s grandfather, who was an aspiring poet in the 1950s, but since he was against the communist regime in Bulgaria at the time, he wasn’t allowed to publish any books until the system collapsed in 1989. “When I was a little boy, my grandfather said to me: ‘They can always take everything you have from you, but no one can take away your dignity.’ I was too young to pay enough attention to it at the time, but nowadays, I think a lot about the subject, and the foundation of my movie is based on it,” shares Vesnakov. The story unfolds in the small town of Buhovo, which was once popular for its mines; however, their closure turned it into a rather desolate place. According to producer Veselka Kiryakova, “The town is the perfect symbol of this clash between dreams and reality, between pride and lost dignity.”

Vesnakov intends to employ a slow pace in the film. He also plans to work extensively with sound to the point where it will become a separate character in itself.

In the meantime, Vesnakov is developing his third feature, Deconstruction, centring on a 50-year-old astronomer working in the biggest observatory in Southeastern Europe. When he learns that the state intends to close down the observatory, the protagonist decides to preserve its giant lens, which he believes he has photographed God with.

Although the project has sci-fi elements, Vesnakov claims that ever since the conception of the idea, he has wanted to realise the film in the most intimate and simplified way possible. “When I first visited the beautiful Rozhen Observatory, I had the feeling I was on the set of Tarkovsky’s Solaris. The strange beauty of the telescope, mixed with the rage I felt over the state’s lack of interest in its fate, made me start developing this dream into a reality,” he says.

Another motivation for the director is the opportunity to shoot in the actual, still-functioning observatory, negating the need to build sets or manipulate the surroundings. He considers that this will enrich the story with a documentary-like fidelity and will make the characters seem even more truthful. The project will not depend on visual effects, instead focusing on the psychological aspect and the complexity of the actors’ performances.The story is minimalistic and dialogue-focused, while the incredible natural surroundings will be embellished with a magical touch. Vesnakov also plans to experiment by mounting the camera unit on the telescope itself, as well as on the smaller telescopes in the observatory, so that the space shots used will be taken by the cameraman.

Once again, Red Carpet is the production company behind the project, and it has already secured financing for development from the Bulgarian National Film Center. Deconstruction participated in the Sofia Meetings co-production market, where it was given the FOCUSFOX Award for Best Project.

Crítica: The Sea Ahead