Crítica: Death of a Ladies’ Man

Samuel O’Shea (Gabriel Byrne) is an Irish college professor living in Montreal, who starts experiencing a series of bizarre hallucinations, possibly enhanced by his poorly hidden alcohol addiction. One day, after a medical check, he is diagnosed with an inoperable brain tumour and left with – at best – between a few months and one year to live. A Gabriel Byrne in a state of grace brings life to this compelling portrait of a 62-year-old womaniser and absent father trying to reconnect with his two kids, a gay hockey player (Antoine Olivier Pilon) and a self-deluded aspiring actress (Karelle Tremblay), who both have recently started new sentimental relationships. Knowing that there’s not much time left for him in this world, Samuel decides to travel back to his native country, where he will try to finally write the novel he has been putting off for years. Ireland is depicted as a magical place, where the impossible can happen, and there’s plenty of time to love, drink and search for inspiration.

The brain tumour eliciting hallucinations is a narrative mechanism that works extremely well and allows Bissonnette to implement several playful solutions; for example, the ghost of a young man accompanying Samuel’s misfortunes is his late, straightforward father (brilliantly played by Brian Gleeson); a surreal Grim Reaper dines with him and his family; a waitress with a creepy tiger head greets him; and many other gems that are fun to discover. Furthermore, the lead character’s continuous drifting in and out of reality becomes fertile ground for many of the plot twists. Supported by dazzling dialogue and sparkles of surreal humour, Bissonnette’s work is highly original and difficult to categorise, ultimately resulting in a curious blend of comedy, romance, psychological drama and musical. Although some parts may look too over the top, everything does gradually come together, and the director takes this brave, coherent direction all the way to the end.

Leonard Cohen’s iconic songs – “Bird on the Wire,” “Hallelujah,” “The Lost Canadian,” “Did I Ever Love You,” among others –  tie in with the mood of the piece and with Byrne’s distressed character in particular. All in all, the work pays great homage to the late singer-songwriter and the spirit of his musical work, with its “beautifully depressed,” melancholic poetry resonating throughout Bissonnette’s picture.

Death of a Ladies’ Man was produced by Canadian outfits Corey Marr Productions, Don Carmody Productions and MCP Productions with Ireland’s Port Pictures. Mongrel Media is the film’s Canadian distributor. Its international sales have been entrusted to France's Celluloid Dreams.

Crítica: Death of a Ladies’ Man

Crítica: I Am Not Alone

Crítica: Wait for Me 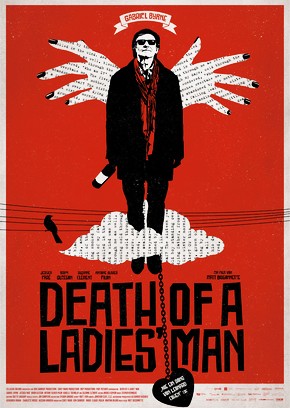 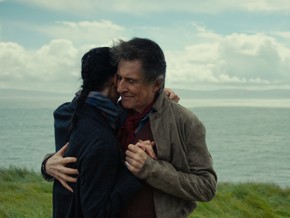 Bouli Lanners • Director de Nobody Has to Know