A love that has never lived is a love that can never die, and this is what Amanda Sthers' new film, Promises [+lee también:
tráiler
ficha de la película], based on her international best-seller "Les Promesses" and presented as a world premiere at the 16th Rome Film Festival, describes so intensely and poignantly. After The Young Lovers [+lee también:
crítica
ficha de la película] starring Fanny Ardant and Melvil Poupaud, the Official Selection at the Rome Film Festival presents another film about a tormented dangerous liaison that overwhelms everything it encounters, this time starring Pierfrancesco Favino and Kelly Reilly, who are equally intense, suffering and very much in love with each other, but without ever having said it to each other, and therefore full of nostalgia and regret.

It is clear from their first meeting, at a party where the guests are all invited to wear ridiculous moustaches, that Alexander and Laura will never escape. He has a wife and daughter, she is about to get married the following month; they meet by chance in the bathroom, an exchange of jokes, glances, a couple of moustaches drawn on their lips, and it is immediately clear that there will be a fatal passion between them. This is not a traditional narrative, however: faithful to the theory of the circularity of time, evoked in the film in more than one conversation, the narrative goes back and forth in time, starting from the protagonist's childhood, his first love, his major traumas, his relationship with his grandfather (a pivotal figure in his life, strict but fair, embodied by Jean Reno), to adulthood, his seemingly happy life, his brotherly friends, the search for the book that belonged to his father, who died tragically when he was a child, lost and never found (which is probably why he grew up to become a rare book dealer), and then a second family, old age and the kind of news you never want to hear.

The whole life of Alexander, known as Sandro because of his Italian origins (the film was shot between Italy and England), flows between unfulfilled desires, lost opportunities and promises never kept, in a present that is confused with the past, a past that is sometimes reinvented in the memory, a sliding doors effect, and a possible future in which one wonders if death could be, finally, the land of second chances. The film relies on a highly cinematic couple, that of Favino and Reilly, immensely seductive and beautiful to look at, he fragile, romantic, able to express all the nuances of desire with a glance, and she at ease in the role of ethereal femme fatale, blonde hair and sad eyes. "I'm sorry I didn't do it at the right time" - "There was never a right time": some encounters in life are fulminating, but simply happen at the wrong time, something that everyone feels at least once in their life, a universal feeling that Sthers conveys in a romantic drama that, despite the subject matter, remains sober and does not exceed in pathos. 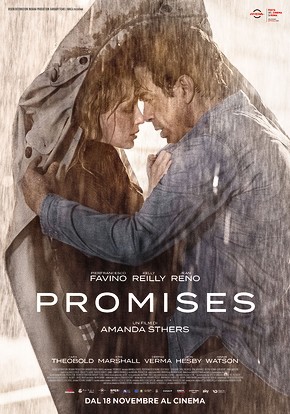 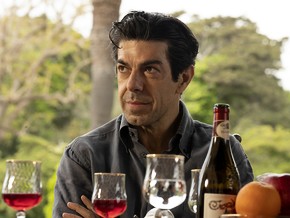 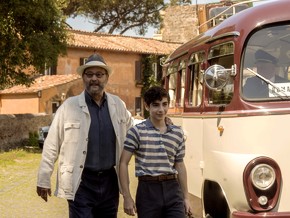