In her sophomore feature, Detours [+lee también:
tráiler
ficha de la película], which has been screened in the Features section of the 59th Viennale, Russian director Ekaterina Selenkina takes an intriguing, but also meditative, look at the Russian metropolis of Moscow. The camera follows a local drug dealer hiding and geo-tagging his stashes across the city, and observes its residents from afar, making use of a wistful form of framing. It’s a movie about people in the underbelly of dark-web narcotics, and their hidden but well-entrenched presence in the modern urban landscape. On a larger scale, it is about how people navigate these imposing, sleepy or impersonal spaces, and the ever-present, tense political and social status of the country.

Cinematographer Alexey Kurbatov, who died in 2020, and to whom the movie is dedicated, creates isolated, restrained angles from which he moves in on the minimal action transpiring in the sweeping, wide frames of the city. By pointing his ever-static camera at the scenery, it alludes to an air of trite surveillance footage, yet conveys more than meets the eye. With its bird’s-eye view, sometimes skewed angles and positioning in strategic blind spots, his camera work offers a calming, yet engaging, glimpse into Moscow’s street life.

Against this fixed background, people move in and out of the frame, often lingering in the distance – tiny figures lost in impressive or abandoned architectural structures. Their chats are barely audible, scraps of conversation reaching the viewer from afar. Protagonist Denis (Denis Urvantsev) navigates this no man’s land, dropping off his packages anonymously, merging with the everyday banality of his surroundings. It’s this casual immersion of the forbidden in the visible aspects of daily life that Detours elevates so masterfully.

Intercutting Denis’s sequences with aerial screenshots taken and marked by him on Google, as well as short text messages about financial exchanges, the movie at first seems to start with a clear narrative. The viewer is introduced to Denis as he is dividing and packaging stashes in the bathtub, as well as to the flat he shares with an elderly woman. But the more he merges with the anonymity of the urban infrastructure, the less interested the camera is in him. Kids climbing on old storage units, students talking about doomed romantic relationships, a band singing patriotic songs in front of a memorial, a man protesting about the war in Ukraine, a couple lying in bed – they all step to the forefront of the narrative, making Denis merely a piece in a bigger puzzle.

While there is a superficial allusion to Russian social flashpoints, like police brutality and homophobia, hanging in the air, their presence is more foreboding than apparent. Selenkina also smartly abstains from commenting on Denis’s dealings or from diving too deeply into the political debate around this online market of the dark web. Neither does she try to meta-comment on the dangers of drugs. Rather, she unveils the system to be a grain of circadian raison d'être for people with no alternatives in life. A system that has become so easy to navigate that, on one hand, it makes everyone’s involvement safer, but it also reduces the high stakes of entering it.

In interweaving these seemingly mindless daily occurrences with Denis’s outing as he visits his geo-marked stash locations, the movie builds into a calm, yet high-pressure, symphony of metropolitan life.

Detours was produced by the Netherlands’ Dutch Mountain Movies and Nadein Vladimir. It is distributed by Vladimir Nadein. 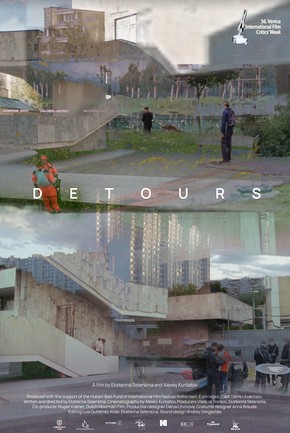 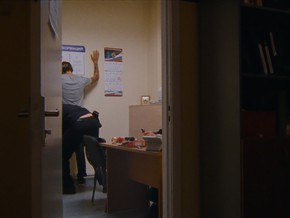 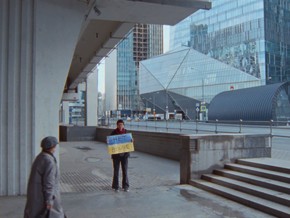 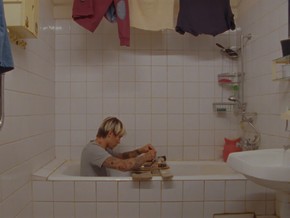 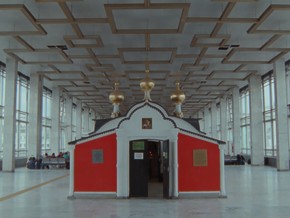 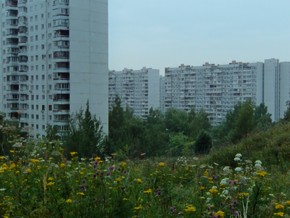 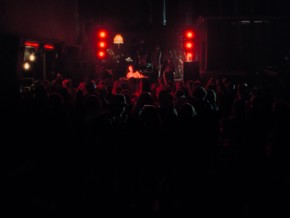