After winning the Award for Best Irish First Feature at this year’s Galway Film Fleadh (see the news), Ireland’s Oscars hopeful Foscadh is presently taking part in the 66th edition of the Cork International Film Festival (5-21 November). Seán Breathnach’s debut – also known internationally as Shelter – is based on Donal Ryan’s 2013 social novel The Thing About December.

The protagonist of this Irish-language story, penned by Breathnach himself, is a man called John Cunliffe (played by Dónall Ó Héalai, who appeared a couple of years ago in another successful Irish-language drama, Arracht [+lee también:
tráiler
ficha de la película]). The opening sequence is set during the daytime and already gets us acquainted with the weirdness of the lead character, who comes back home and doesn’t notice his mother’s dead body lying on the floor for quite some time. We realise that he doesn’t notify anyone about his parent’s demise for a few hours, as we see him in a subsequent shot sitting in the dark next to the corpse and watching the telly before ringing someone.

Whether this reaction – as well as many others throughout – is the result of bizarre coping mechanisms or attributable to some kind of mental-health issue is unknown. Besides, we soon find out that John is left alone and has spent his entire life friendless and sheltered by his over-protective parents. We won’t discover too much about this man – he is presumably in his late twenties and inherits a valuable piece of land – and most of the questions about his past that may arise will be left unanswered. What makes this feature interesting to watch, even though the whole piece is far from being viewer-friendly material, is the fact that we witness how this grown-up, gormless individual is forced to navigate difficult waters and approach, with a clear sense of oppression and uncertainty, something akin to an independent, adult life.

Luckily enough, here Dónall Ó Héalai possesses the right physique and attributes for the role. He delivers a convincing portrait of a weak, alienated man who, throughout the film, looks at times more or less his age, at others way older. His decision to “stop living like a ghost” leads him to confront his long-time bully Eugene (Eion Geoghegan), who one night beats him ruthlessly. While recovering in a clinic, he meets Dave (Cillian O’Gairbhi), with whom he develops a very dysfunctional friendship, and Siobhan (Fionnuala Flaherty), a nurse who is probably the village’s only individual who seems to care about him.

The climax of John’s discomfort and fear of living is probably attained when he fails to engage in normal sexual intercourse with Siobahn. Her candour seems insufficient to redirect John’s life down a more positive path. “You said there was nothing wrong with me,” he tells her at one point, but it’s clear that many things are indeed wrong with him, his oppressive family and the greedy community he lives in.

The general feel is that of watching a grim, “belated” coming-of-age psychodrama exploiting growth as an inevitable path to escape misery and loneliness. With slick writing, a suggestive score composed by Sindri Mar Sigfusson (The Last Right) and murky landscapes lensed by Colm Hogan (Henry Glassie: Field Work [+lee también:
crítica
tráiler
entrevista: Pat Collins
ficha de la película]), Breathnach nails his first feature and brings to life a tale that is difficult to stage without falling into clichés. The ending depicts a simple but effective metaphor: it represents an adequate form of closure to John’s turbulent inner journey.

Foscadh was staged by Galway-based studio Tua Films. Finland’s The Yellow Affair is in charge of its international sales. 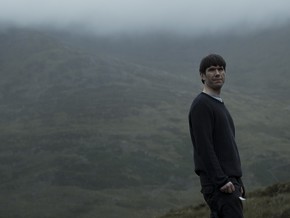 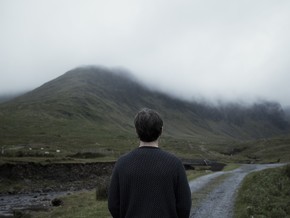 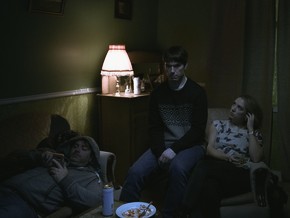 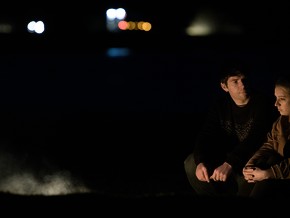 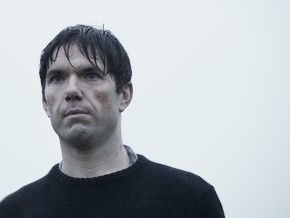 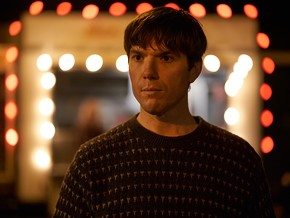