Pierre is a Parisian in his fourties whose life consists of his morning coffee in a run-down apartment, his phones, his keys, his computer on the train, page 9 of the fourth version of a file, then a demonstration of robotics to some clients, in English. But through the window, are emerging the outlines of a new journey, of a recovery (he does not yet know how radical it will be), of his existence. These outlines are the snow-capped peaks and the glacier where Thomas Salvador sets the scene (and a tent) for his second feature film, The Mountain [+lee también:
entrevista: Thomas Salvador
ficha de la película], revealed in the Directors' Fortnight at the 75th Cannes Film Festival. This disorienting film is as clever, minimalist, poetic and crazy (even fantastic) as Vincent [+lee también:
crítica
tráiler
ficha de la película] and his aquatic superhero (screened in the New Directors section at the 2014 San Sebastián International Film Festival).

"Caution High Mountain". After a weekend of skiing and a night in a tent near the slope, under the stars and in a calming silence, Pierre (the director himself) invents an illness to dodge work for a few more days. He gears up very cautiously, gets informed and takes the cable car up to the Aiguille du Midi, in the Mont-Blanc Massif, with its spectacular view of the French, Swiss and Italian Alps. Setting up his small tent slightly below, he slowly learns about hiking on the glacier ("you have to take some distance, you never know where the crevasses are"), then climbs the passes with and then without guidance.

Days pass, more or less easily and comfortably, in his introspective observation of the environment. And even the demands of his relatives, who are more than worried ("you've freaked out”), seek rational explanations and even must go up to him in the mountain, do not change anything. Pierre feels good, there, in his place, with the essentials and forms only one meaningful connection with the chef of the Aiguille du Midi restaurant (Louise Bourgoin). But this drastic return to nature soon takes a turn when a mountain wall collapses and attracts his attention to very strange lights...

The premise of the film resembles a white version of Into the Wild, where we follow the physical and meditative state of the human protagonist. The Mountain offers gratifying pleasure to its audience through the beautiful panoramic shots, a testament to Alexis Kavyrchine’s cinematography. This fascinating personal journey of complete isolation from society opens mystical (or obsessive, or delirious, however you want to define it) doors. It takes the film into a whole new dimension and confirms that Thomas Salvador is a filmmaker like no other, literally ready to walk through walls to fulfill a cinematic vision that is both humble in its simplicity and vast in the depth of its ambition.

Produced by Christmas in July, The Mountain is internationally distributed by Le Pacte.

Crítica: Tsumu – Where Do You Go With Your Dreams? 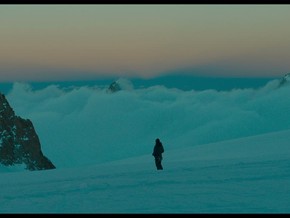 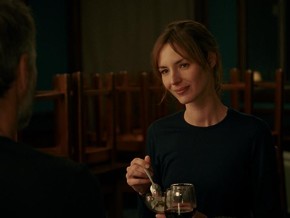 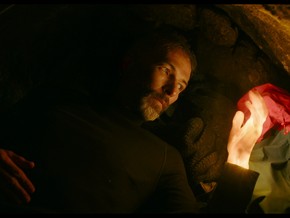 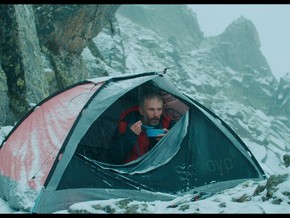 Sunny Side of the Doc 2022 desvela sus pitchs ganadores