Crítica: No Place for You in Our Town

In the context of modern professional football, where there have been countless initiatives to limit racist behaviour on the terraces and to preach tolerance, it’s quite bracing to spend an afternoon in the stands of FC Minyor’s Stadium of Peace, as Nikolay Stefanov’s documentary No Place for You in Our Town [+lee también:
tráiler
ficha de la película] roughly allows us to do. Numbering not more in attendance than what you’d see at a Sunday league game in a park, their rowdy fans, in lieu of goals to celebrate, seem to be focused on outdoing one another to shout both the most racially offensive and the most catchy chant. Stefanov doesn’t stand in awe of these unpleasant subjects, but rather definitely harnesses some of their energy, the camera shaking or just holding on for dear life against their rhythmic mass.

After a festival run that began at CPH:DOX, followed by Visions du Réel, the film enjoyed its UK premiere last week at Sheffield DocFest. Whilst specific to the culture of this particular patch of western Bulgaria – the industrial centre of Pernik, lying 12 miles west of Sofia – it has undoubtedly been framed to reflect populist upheaval elsewhere in Europe. Whilst what it’s telling us is not novel, and is also muted by aiming to understand, rather than condemn, its subjects, the film is still an effective immersion in a place, attuned to its volatile characters yet always putting them in relief against the wider context of post-communist Bulgaria. In its on-the-edge portrayal of such a deprived and toxically masculine subculture, it is not far, tonally, from Roberto Minervini’s The Other Side [+lee también:
crítica
tráiler
entrevista: Roberto Minervini
ficha de la película], one of the most observant studies of what you could call “grassroots” far-right movements.

Part-time security guard and single dad Tsetso is our focal character, and he is an ungainly spectacle of muscle mass and swastika tattoos. First pictured cheering on FC Minyor in its campaign for promotion from the third tier of the national league, with a can of lager in hand, and later dancing to Nazi punk rock at a backwoods bonfire, also with a can of lager in hand, it’s hard not to wonder if the director might be giving a person like this too much of an unchallenged platform. But Stefanov, who worked for many years as a DoP before turning to directing, doesn’t have a sleight of hand tucked in his pocket, but rather a skill by which he accretes background information, helping to turn our disgust into pity.

There’s the familiar backdrop of industrial decline, cannily contrasted with archival propaganda footage of the mines in full operation, when Pernik, known as the Town of Black Gold, was one of the prides of the whole nation. So we can feel the unrest and disaffection of the town’s depleted inhabitants channelled into this football fandom: the sense that the team’s gradual success could lift the collective spirit. And that, for Stefanov, who grew up in the locale, the far-right imagery is all bark and no bite: just an expression of anger in a costume as ridiculous (with his use of heavy metal and hardcore punk here telling) as it is threatening. Health issues and an extended hospital stay for Tsetso also find him a meeker character by the film’s end, and a climactic long-take, near- monologue scene gives him the equivalent of a shoulder offered – by the filmmaker – for him to cry on.

No Place for You in Our Town is a Bulgarian production staged by Smarty Pants Shooter and HBO Max. Its world sales are handled by Lightdox.

más sobre: No Place for You in Our Town

EXCLUSIVA: Tráiler de No Place for You in Our Town, seleccionada en Cracovia y Sheffield

Crítica: No Place for You in Our Town

Crítica: Paying a Visit to Fortuna 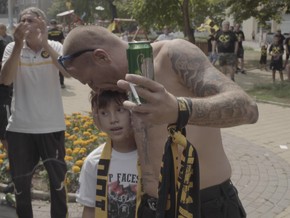 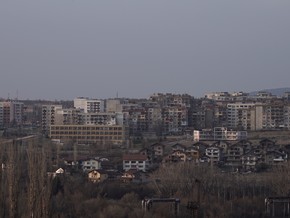 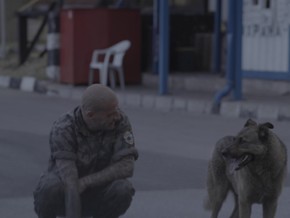 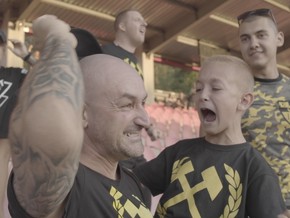 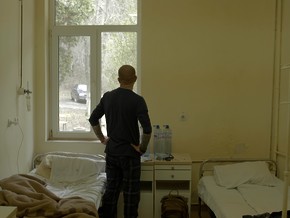 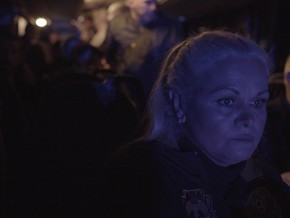 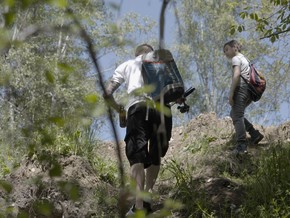 Crítica: Paying a Visit to Fortuna