Screened this week at the Brussels International Film Festival as part of Directors' Week, after having had its world premiere in the ACID selection at the recent Cannes Film Festival, The Strange Case of [+lee también:
tráiler
ficha de la película] Jacky Caillou [+lee también:
tráiler
ficha de la película], the first feature film by French director Lucas Delangle, former assistant to Claire Simon, offers a journey into the heart of the Alps, navigating between naturalism and the fantastic, giving a new lease of life to the most fearsome antagonist of traditional rural tales: the wolf.

“I’ve got a sheep that’s depressed, it doesn’t move anymore.” We are in the Alps, at the very top, in a village populated by wrinkled faces and slightly idle young people. Jacky wanders through the forest, the narrow streets of his village, the steep paths with a strange kind of recorder. He captures the sounds of his world, to integrate them into the music he composes in the secret of his room. Jacky lives with his grandmother, Gisèle, the village healer and magnetizer, since his parents died in a car accident which he himself survived. Gisèle heals the souls and bodies of the village, both human and animal. Her practice is based on an absolute belief in the power of nature. There is no need for special effects to portray her art. A simple application of the hands delivers the promise of something better. It is not magic, but a deep trust in the symbiosis between the bodies and the great whole of the world. "Don't chase miracles," she advises her grandson, to whom she is now passing on her practice.

However, after Gisèle's death, Jacky, intoxicated by the abilities he too seems ready to develop, finds himself faced with a very particular case which will test the limits of his belief. A young girl arrives in the village, suffering from a strange illness, a stain impossible to diagnose, which seems to possess her little by little. At the same time, the village's herds are being attacked more and more frequently and with more bloodshed. The story then veers towards a fantasy that invokes the legend of the wolf.

Lucas Delangle attempts a symbiosis between two types of narratives. Starting the film as a village chronicle, under the auspices of a naturalist cinema, he gradually drifts towards a more fantastic atmosphere, without effects pushing for the supernatural, but rather suggesting the possibility of another reality, if one is willing to believe in it, a kind of rural multiverse, glimpsed by some, where the threat of werewolves tormented by their impulses would hover. The Strange Case of Jacky Caillou plays with the authenticity of his characters (especially the old men and women of the village) and his landscapes, often breathtaking, to better anchor the supernatural in an almost tangible reality, which makes the unreal real. In the role of Jacky, the young Thomas Parigi, who is playing his first role, is a marvellous intermediary between two worlds, while Lou Lampros plays the werewolves, torn by their desire, with a confounding naturalness.

The Strange Case of Jacky Caillou was produced by Les Films du Clan (France), in co-production with Micro Climat Studio (France). International sales are handled by Best Friend Forever and Arizona Distribution will release the film in France on 19 October.

Crítica: How is Katia? 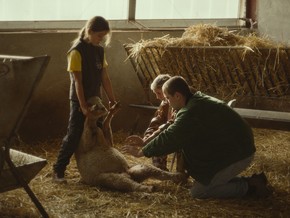 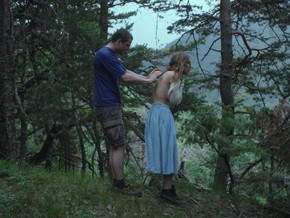 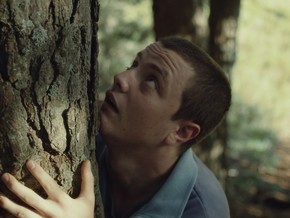 Crítica: How is Katia?