Saturn Bowling [+lee también:
tráiler
entrevista: Patricia Mazuy
ficha de la película], the sixth feature film by cult French director Patricia Mazuy which was selected for the International Competition section of the 75th Locarno Film Festival, is sure to leave audiences anything but cold thanks to a heavy dose of violence which fast becomes visual poetry under Mazuy’s elegant yet clinical, aesthetic gaze.

Despite having started out as Agnès Varda’s co-editor (1985’s Vagabond), Patricia Mazuy managed to break out of her box, artistically speaking, via her very first feature film Thick Skinned (1989). Her most well-known works include The King’s Daughters, starring Isabelle Huppert, Of Women and Horses [+lee también:
tráiler
ficha de la película] (2011) and Paul Sanchez Is Back! [+lee también:
crítica
tráiler
ficha de la película] (2018), which tackled the theme of violence as a response to a form of social madness which had become personal and intimate. Her latest effort is a crude and cruel tale in which the brutal instincts of a society in crisis explode in a cathartic closing ceremony.

Upon his father’s death, Guillaume (Arieh Worthalter), a policeman with an outstanding career, inherits a futuristic-style underground bowling alley. Whilst his father cared a great deal about this place, both as a source of income and a private refuge in which to hide his secrets, Guillaume has no intention of taking care of it and entrusts its management to his step-brother Armand (a mind-blowing Achille Reggiani), an outsider who gets working as an ad hoc bouncer. What the two brothers don’t know is that the bowling alley houses a legacy of violence and excesses, rage and frustration. What hides in the bowels of this establishment which is transformed from a real place into pure dystopia? What happens when you cross the line between fantasy and the materialisation of the latter?

Saturn Bowling is a film dominated by men, or rather hegemonic men, who have made violent and domineering virility their trademark; seemingly arrogant men who conceal inside of themselves frustrations and insecurities, loneliness and an inability to communicate with others, not to mention communicating with themselves. The only exception to this rule is Guillaume, the film’s protagonist, who’s a collateral victim of a system which rejects him and sees him marginalised by dominant males whose scorn incites blind rage. The space reserved for women here is very limited, if not altogether non-existent; they’re seen more as objects whose only purpose is to satisfy men’s urges: hardened seducers rather than people with intelligence and feelings. How do you go about depicting this violence? How do you re-transcribe in images the repressed frustration and aggressiveness of these men? Patricia Mazuy chooses to tackle these matters head on, without hiding behind false modesty, attacking (gender) stereotypes directly and, at times, clinically.

Saturn Bowling is a film noir deeply anchored in our modern society, a film which feeds off the perversions and contradictions of a patriarchy which sees itself as invincible. “Girls don’t drink” and “I thought he was a faggot” are just two of the comments made by the group of mysterious hunters (a metaphor for an abusive masculinity self-perpetuated by the “herd”) vis-a-vis women or “non-conforming” men who have betrayed the homosocial pact. Under Mazuy’s caustic and incisive gaze, men become an endangered species, a group which goes from being a single block to splintering into countless parallel realities proving impossible to control. Saturn Bowling shows the other side of a patriarchal society uncovering its grotesque underbelly, a dystopic reality in which virile power becomes a poison, triggering a level of animality which our society still tells itself it can control. 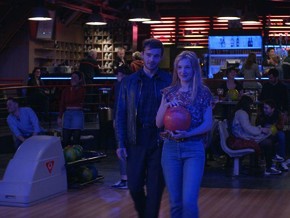 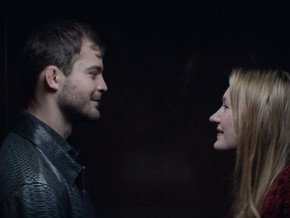 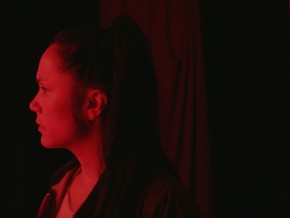 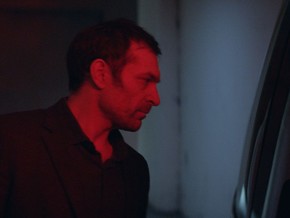 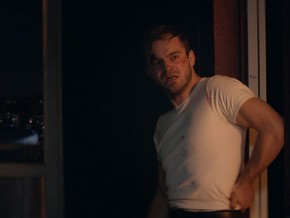 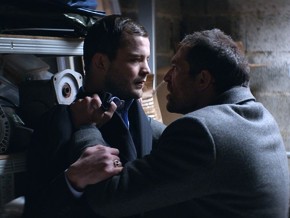