After completing his Depression Trilogy, Lars von Trier returned in 2018 with the dark The House That Jack Built [+lee también:
crítica
tráiler
entrevista: Lars von Trier
ficha de la película], inspired by Dante Alighieri's Divine Comedy. Memorable remains the scene in which the sadistic architect protagonist recalls his murders to the Roman poet Virgil, as the two walk through Hell, and calls them misunderstood works of art. It was yet another infernal variation with a Dantesque debt to cinema. Pupi Avati had actually a project of his own in mind for several years and Dante [+lee también:
tráiler
making of
ficha de la película] is – according to the 81-year-old director from Bologna – a sort of rapprochement with those who studied him at school and did not love him. Seven hundred years after his death, Avati intends to reveal the most human aspect of this absolute genius of Italian literature with a film in which the adult Dante is almost not shown, brought to Italian cinemas by 01 Distribution from 29 September. The narrative gimmick here is to tell the story through the eyes of Giovanni Boccaccio, another literary great (Pasolini had reread his Decameron on film). Born only a few years before Dante's death, Boccaccio is linked to the father of the Italian language by a sort of veneration. It was he who copied codes from the Divine Comedy and spread the cult of Dante.

Played by Sergio Castellitto, Boccaccio is commissioned in Florence in 1350 to bring ten gold florins to Beatrice, Dante Alighieri's daughter, a nun in a monastery in Ravenna, as symbolic compensation from the city that has condemned her father to exile. We therefore follow the journey of the poet, suffering from scabies, in the footsteps of a Dante in perpetual flight, and at the same time we see the life of the young Dante (Alessandro Sperduti) unfold in long flashbacks: the meeting with Beatrice when he was only 9 years old, a soldier in the war against Arezzo alongside his great friend Guido Cavalcanti who Dante would later betray, the clash with his arch-enemy Pope Boniface VIII. Avanti shows romantic moments, such as when the poet hears the story of Paolo and Francesca that he will use in the Inferno, and more prosaic ones, such as when he defecates on the riverbank with other soldiers or goes with a prostitute. And in spite of von Trier, even Avati's film has its gore moments, with for instance Dante dreaming of Beatrice (Carlotta Gamba) ripping his own beating heart out of his chest and eating it – an understandable nightmare for someone who has imagined the unimaginable. The figurative approach is obscure and sumptuous at the same time, even giving us a semi-tableau vivant, as Pasolini had done with Rosso Fiorentino and Jacopo da Pontormo in La ricotta and Lars von Trier with Delacroix's 'Dante's boat' for The House That Jack Built. It is not only the photography by Cesare Bastelli and the magnificent work on costumes by Andrea Sorrentino, but the locations themselves that bring back the atmosphere of the time: the churches of Florence, the Abbey of Vallombrosa, Assisi, Perugia, Bevagna, Foligno, Spoleto, the spectacular mosaic of the apse of Sant'Apollinare in Classe, in Ravenna.

However, many viewers will not be able to follow the complex power dynamics of 13th-century Florence, and they will notice the flattening of the acting due to perfect Italian dubbing (as opposed to Susanna Nicchiarelli's Chiara [+lee también:
crítica
tráiler
entrevista: Susanna Nicchiarelli
ficha de la película]), the old cliché that still wants half-nakedness but only for female characters, and the general lack of a bolder thrust that would allow the film to avoid purely narrating historical events through a sequence of episodes, and instead leverage the mythopoetic qualities of the character to transform itself into a seductive cinematic experience, which would transfigure the artist's portrait and project its inner demons. 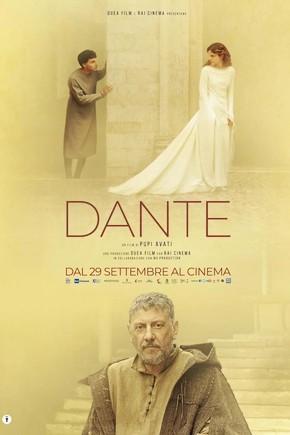 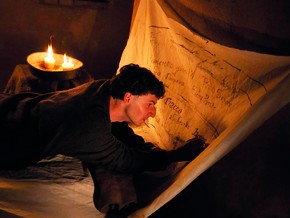 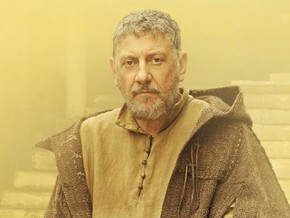 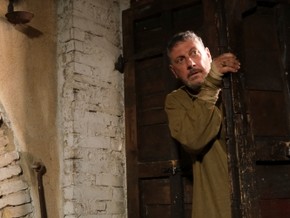 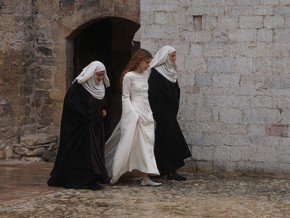