Mother [+lee también:
entrevista: Zornitsa Sophia
ficha de la película], the newest feature by director and actress Zornitsa Sophia, is competing at the 40th Golden Rose Film Festival in Varna (23-29 September), a film event organised by the Bulgarian National Film Center as an annual celebration of local cinema. And we’d wager that Mother will receive at least one award at the gala ceremony on the last day of this year's edition, which may sweeten the bitter taste recently left by the film being disqualified as Bulgaria’s Oscar hopeful, as too many lines in the screenplay are in English. 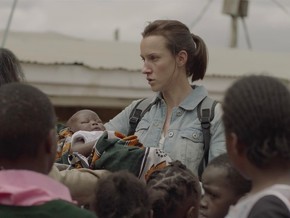