THE CHRONICLES OF MELANIE

On an early morning of 15 June, 1941, the authorities of Soviet-Latvia break into the house of Melanie and her husband Aleksandrs, former editor of a newspaper in independent Latvia, make them wake up their eight-year-old son Andrejs and get into a lorry. At the station, the soldiers separate the fathers from their families and load them on different trains. On this day, the Soviets deported about 65,000 people from Latvia and other Soviet-occupied countries,sending them to the harsh, largely uninhabited Siberian taiga, cut off from human civilization. There the people had to endure years under the harsh conditions of the weather and at the mercy of the Soviet guards without proper equipment or sufficient food. Many of them never returned nor survived.

Viesturs Kairiss shows that you can paint over history all you want, but it will always be there 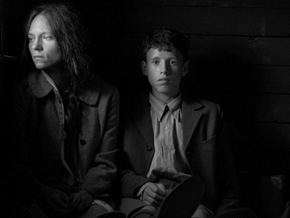