THE YEAR OF THE PLAGUE

Marc Pastor’s bestseller finally comes to the big screen. Victor can’t understand why he ever became a social worker: him, who hates people and closes his house up under lock and key. With such an unsociable character, it’s impossible to get over his breakup with Irene, an issue that concerns him… as much as a series of mysterious events ravaging the city that will force Victor to become an unexpected hero.

more about: The Year of the Plague

We chatted to the Spanish producers, who made their feature-length directorial debut with a character drama that’s now touring the festival circuit

Sitges is all aquiver

Today sees the start of the 52nd Sitges Fantastic Film Festival, boasting premieres of Spanish titles such as Advantages of Travelling by Train, Amigo and Ropes 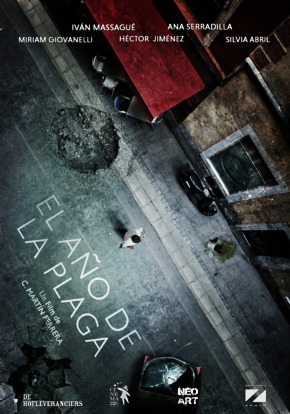