Isra and Cheíto are two Roma brothers: Isra was sent to prison for drug dealing and Cheíto signed up for the Marines. When Isra is released from prison and Cheíto returns from a long mission, they return to San Fernando. With it, the reunion between the siblings brings memories of their father’s violent death when they were only boys. Twelve years have passed since La Leyenda del tiempo (The Legend of Time), Lacuesta’s film when Isra and Cheíto were teenagers. Now Isra returns to San Fernando to recover his wife and kids. But will he manage to go straight in a place with the highest unemployment rate in Spain? Their search for redemption, their need to sort out their lives and to find reconciliation between them unites Isra and Cheíto once again.

more about: Between Two Waters

SAN SEBASTIAN 2018: Isaki Lacuesta focuses on two characters from his previous film The Legend of Time, playing superbly with the line between fiction and reality

Isabel Lamberti’s first full-length film is a dexterous reconstruction of a true story brought to life by the original protagonists: a family living in Madrid’s shanty town, La Cañada Real 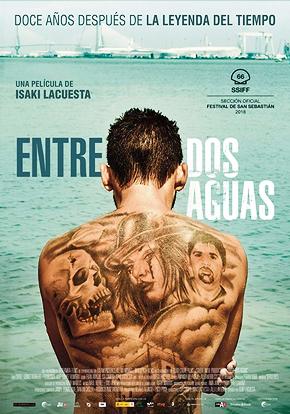