A universal story about entering adulthood in difficult times, growing up to the community. The great history is the background for the love story unfolding in the foreground: Józek, a deserter from the tsarists army who joins the emerging Legions, an intelligence agent for the I Brigade and Women's Leage member - Ola, and Tadek, her fiancee, a member of Shooting Team. Apart from fictitious characters whose stories were modeled on the biographies of real legionnaires, many historical figures appear in the film. Among them: Brigadier Józef Pilsudski, Lieutenant Stanislaw Kaszubski, pseud. "King" and many others. The film focuses on the Legion's combat trail from1914-1916, from the departure from Oleandry to the battle of Kosciuchnowka and show the most dramatic cards of the legionary epic, including the famous attack of uhlans at Rokitna - one of the most spectacular scenes in the film. 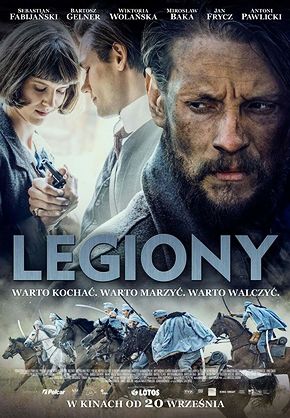