Victor and Raya Frenkel were the golden voices of the Soviet film dubbing for decades. All the western movies that reached Soviet screens were dubbed by them. In 1990, with the collapse of Soviet Union, the Frenkels decided to do Aliyah - immigrate to Israel, just like hundreds of thousands of Soviet Jews. There's no need in Israel for Russian speaking dubbing artists, and Victor's and Raya's attempts to use their talent will cause bizarre and unexpected events during their first months in Israel, and turn the beginning of the new chapter of their life into an amusing, painful, and absurd experience.

Industry@Tallinn showcases a slew of international works in progress

The French-Finnish project A Girl's Room has won the Eurimages Co-Production Development Award; other winners include new films by Ramy Hamezan, Miia Tervo and J-P Valkeapää

The line-ups of the Co-Production Market, Works in Progress, POWR Baltic Stories Exchange and Script Pool Tallinn will be presented from 26-30 November 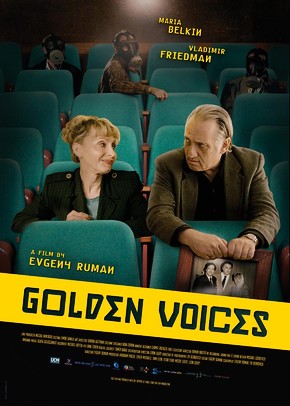