Back in the late 1980s, many Hungarian youngsters dreamed of visiting a unique summer camp. During the three-week holidays, boys and girls flew far from the realities of the last days of socialism to an imaginary land named Epipo. A realm of role-playing and magic, where they even their own, created language. The charismatic camp leader cast a spell over the children, yet behind their innocent games lurked the sinister shadow of humiliation and concealed abuse. When in the present day, the daughter of one of Epipo's former citizens -the director Judit Oláh- wants to attend a summer camp herself, the mother finds it unexpectedly tough to let her child go. After 25 years of silence, Judit, reunites with her old companions in an attempt to understand how Epipo's insular and mysterious world of dark secrets is still a part of them all.

more about: Return to Epipo 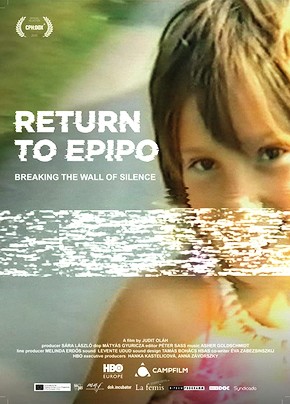 The Swedish directors know their technology, but focus on the human aspect of war
Stef Lernous • Director of Hotel Poseidon