Emil has fallen in love with Larissa. But before the two can really get to know one another, Larissa dies unexpectedly. And Emil, who only wants to obscure the sad truth about Larissa’s death, is mistaken for her former boyfriend. Larissa’s family takes a sincere liking to Emil; her sister Nora even begins to take an interest in the young man who had apparently been with Larissa during the last weeks of her life. Emil is suddenly needed and finds he is able to console Larissa’s family. But the closer his relationship with Nora becomes, all the more difficult it becomes for Emil to live with his fabricated past.

more about: The Friend

Will You Marry Us? scoops Golden Lion at Hachenburg

The Grand Prize at the 3rd Hachenburg Film Festival (September 6-12) was awarded to Micha Lewinsky’s Swiss film Will You Marry Us?. This is the talented director-screenwriter’s second feature,...

Originally intended for television, Die Standesbeamtin was deemed good enough for the big screen by distributor Walt Disney (Switzerland). Released at the end of March, the film by Micha Lewinsky...

The Friend wins over San Francisco

Winner of the Swiss Film Prize 2008, Micha Lewinsky’s The Friend is to receive the Maurice Kanbar Award for Best First Feature at the 14th Berlin & Beyond Festival in San Francisco (January...

Before the 2008 Swiss box office results are announced, the Federal Office for Culture has released its estimates for Swiss film. In comparison with the record figures of 2006 (market share of...

The Friend is Swiss Oscar hopeful

Winner at the 2008 Swiss Film Awards in the categories of Best Feature and Best Emerging Actor, Micha Lewinsky’s The Friend has been selected to represent Switzerland in the nomination race for...

A notorious swindler arrives in Luxembourg

Filming on Swiss-German-Luxembourg co-production Der Fürsorger (“The Welfare Worker”) is scheduled to start on August 5 in the Grand Duchy. The film is the first theatrical feature of German-born...

Along with Lionel Baier’s Un autre homme (“Another Man”) in international competition and Fernand Melgar’s La forteresse (“The Fortress”) in the Filmmakers of the Present section, numerous Swiss... 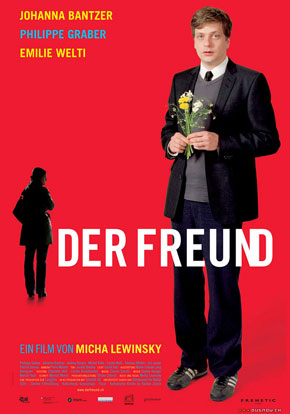