When 13-year-old Adriana is kidnapped by sex traffickers in Mexico City, her 17-year-old brother, Jorge, sets off on a desperate mission to save her. Trapped by an underground network of international thugs who earn millions exploiting their human cargo, Adriana's only friend throughout her ordeal is Veronica, a young Polish woman captured by the same criminal gang. As Jorge dodges overwhelming obstacles to track the girl's abductors, he meets Ray, a Texas cop whose own family loss leads him to become an ally.

“Thinking ahead – I think that’s healthy”

German Films met up with Marco Kreuzpaintner to look back on his career while he prepares a bunch of international releases of his latest film, The Collini Case

Friendship from Berlin to San Francisco

Editor Markus Goller is currently in the US shooting his second directorial film, Friendship (after Planet B: Mask Under Mask in 2002). The cast includes Matthias Schweighöfer (Rabbit Without...

Youngsters in the spotlight on this week’s line-up

German audiences are spoiled for choice among the 12 new releases – including eight European films – which hit screens yesterday. Domestic films are well represented on the line-up, with one title...

New films by Germany’s leading filmmakers as well as promising newcomers will be shown at the 8th Festival of German Films in Buenos Aires (September 11-17). The festival will kick off in the Cine...

German presence a powerhouse at Shanghai

The ceremony of the Lola German Film Awards – which were founded in 1951 but have been awarded since 2005 by the members of the German Film Academy (under the patronage of Culture Minister Bernd... 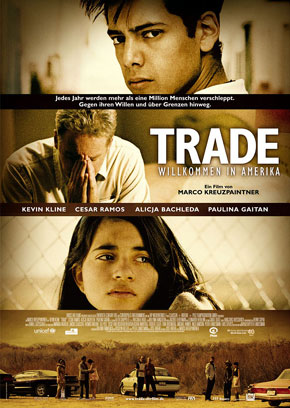