Unable to accept the loss of their son in the 2005 tsunami, Jeannne and Paul Belhmer have remained in Phuket. Desperately clinging to the fact that his body was never recovered, Jeanne has convinced herself that the boy was kidnapped by traffickers in the chaos that followed the catastrophe... that her son is still alive. Paul is sceptical but cannot bring himself to shatter his wife’s last hope. Bribing the sinister Mr Gao to take them by boat to the pirate infested jungles of the Thai/Burmese border, the traumatized couple embark on a quest that will plunge them trough paranoia and betrayal, ever deeper in an alien universe, a supernatural realm where the dead are never truly dead and where nightmares, obsession and horrifying reality converge. In Fabrice du Welz’s extraordinary and overwhelming apocalyptic ghost story, a mother – unable to accept the death of her son – journeys into the heart of darkness, plunging head first into obsession and unthinkable horrors as she confronts her own madness, and something far worse in a stormtorn jungle, alive with the spirit of the dead.

Vincent Dedienne and Eva Ionesco are also among the cast of Ludovic Bergery’s feature debut, which is being produced by Moby Dick Films and will be sold by WTFilms

screen.brussels, the Brussels regional investment fund, has just announced the results of its 5th support session with eight projects in line to receive funding

"Shooting in LA is like being in another world”

Cineuropa caught up with Belgian director Fabrice du Welz, who is back with his American production, Message from the King, at the Brussels International Fantastic Film Festival

The Brussels International Fantastic Film Festival will be celebrating its 35th edition loud and proud, boasting a plethora of prestigious guests and ever more horrible films

The Film is shooting Rosalie Blum

Fabrice du Welz is back with Alleluia, the blood-splattered ballad of Lola Dueñas and Laurent Lucas, loosely based on that of the Honeymoon Killers

CANNES 2014: Fabrice Du Welz touches and divides giving a beautiful lashing to the Directors’ Fortnight selection. The minimum to be expected from the filmmaker of The Ordeal…

First clap for Papa Was Not a Rolling Stone

Sylvie Ohayon adapts her novel for cinema. Doria Achour, Aure Atika, Marc Lavoine and Syvie Testud in the cast of this The Film production 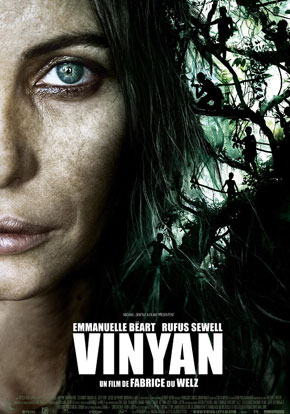