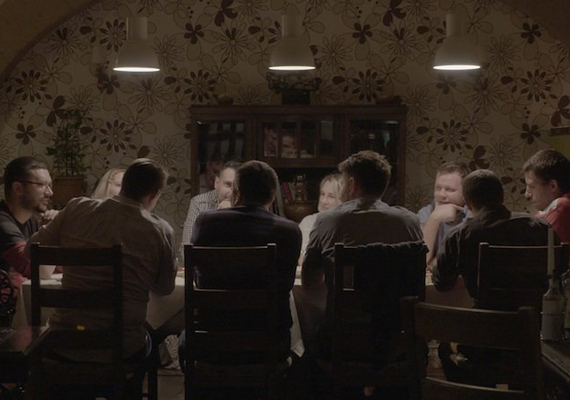 The co-production market event of the Pula Film Festival’s Matchmaking Forum, co-organised by the Avvantura Film Festival, presented feature-length projects from the region of the Western Balkans and partner countries Lithuania and Georgia.

The Serbian project The Great Tram Robbery (see the news) by legendary filmmaker Slobodan Šijan, whose 1980 title Who’s Singin’ Over There? is widely regarded as the best Yugoslav film of all time, won €20,000 in services provided by Hungarian company Origo Film Production. The project, co-produced by Serbia's Gargantua Films and Croatia's Maxima Film, is a period-piece biopic set in 1920s Belgrade, against the backdrop of Futurism, Dadaism and Zenitism, as well as the wonders of emerging technology and entertainment, including cinema. The plot revolves around the real-life story of Boško Tokin, an avant-garde poet and visual artist, and one of the first Serbian cinephiles, and it tells the story of his deliberately lost film project. For the other projects presented at the Matchmaking Forum, see the complete list below.

Works in progress were also showcased, divided into two categories. While the international works from Lithuania, Georgia, Bosnia and Herzegovina, Serbia, Croatia and Montenegro were competing for the prizes, other Croatian projects were shown out of competition.

The main award, worth €7,500 in post-production services from Zagreb-based Embrio Production, went to the Georgian project Negative Numbers by Uta Beria, a drama inspired by real events in a juvenile detention centre in Tbilisi in the early 2000s, when two ex-professional rugby players tried to help rehabilitate young offenders through sport. The film is a co-production between Georgia's Magnet Film and Alief, and Italy's 39Films, and Wide Management has pre-bought the international rights.

The French sales agent also provided a €500 award in services for festival distribution, marketing and communications through its Eye on Films scheme, and it went to the Croatian documentary project One of Us by Djuro Gavran. The movie is set during a dinner party among high-school friends that gets disrupted when a letter from one of their absent classmates is read out, revealing a whole history of trauma. The project received the HBO Award at the ZagrebDox Pro pitching event in March (see the news).

Works in progress – Croatian projects out of competition: