Lina Luzyte's The Castle [+lire aussi :
bande-annonce
fiche film] is one of the titles screened at this year's Galway Film Fleadh. It is the Lithuanian director's third feature, and follows her documentary Igrushki (2012) and her first fiction film, a thriller entitled Together for Ever [+lire aussi :
bande-annonce
fiche film] (2015), one of the titles in the running for the East of the West Award at the 2016 Karlovy Vary Film Festival.

This new movie, penned by the helmer herself, follows the vicissitudes of Monika (played by young actress Barbora Bareikyte), a 13-year-old Lithuanian girl living in the Dublin suburbs. She is a very passionate singer and lives with her mother, Jolanta (Gabija Jaraminaite), a professional pianist who is forced to take a job in a local fish factory, and her grandmother (veteran thesp Jurate Onaityte), who suffers badly from dementia and requires uninterrupted care, and whose behaviour is extremely difficult to control. One day, after Monika and Jolanta play at a funeral, they are both invited by Liam Maguire (Frank Melia), a mysterious music impresario, to perform a one-hour concert at “The Castle”, a prestigious venue not too far from the Irish capital. While the teenager is convinced that this could be the great opportunity that they have long been waiting for, her mother sells the keyboard and prefers to focus on her more stable factory job. She also tells her that they won't be playing at The Castle. Nevertheless, Monika wants to hire “her” keyboard again and to perform at the concert. To do so, she cooks up a crazy (and clumsy) scheme to get the €100 she needs: she decides to kidnap her own grandmother and hides her in a nearby flat, demanding a ransom from her mother.

Even though the premise may sound like it has great potential for a comedy, the whole film teeters between a coming-of-age story and a psychological drama, although luckily without ever sliding into the ridiculous. On the contrary, the solid character development and the organic evolution of the storyline convey a deep sense of misery and melancholy to the viewer. Mother and daughter are constantly forced to make unpleasant choices, and their main inner conflicts revolve around choosing between their true passion and their need to provide. Moreover, the three lead actors' performances help to give great depth to the narration – the grandmother's unpredictable reactions, Jolanta's despair and Monika's great determination are commendably depicted by Onayte, Jaraminaite and Bareikyte.

Overall, Luzyte's new film is an engaging piece that tries to explore the coming-of-age genre in a more mature manner. There is little room for sweetness or tenderness, and growing up simply means facing the brutality (and despair) of reality as it stands. Monika is aware of several things: nobody will come to save her, she should not expect any miracles to happen, there are things that will always be beyond her control, and she must always stand up for herself. These harsh teachings could effectively sum up the whole moral of the movie, and Monika needs to take them on board as quickly as she can.

The Castle was produced by Kęstutis Drazdauskas for Lithuania's Artbox and David Collins for Ireland's Samson Films.

plus sur : The Castle 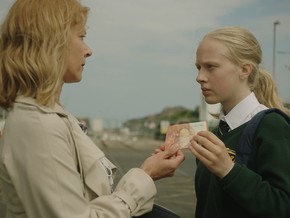 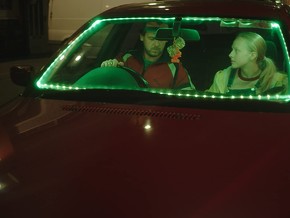 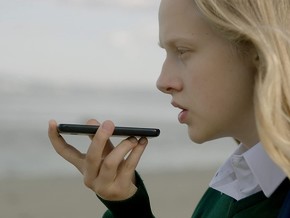