The very political Israeli filmmaker Mor Loushy, whose previous efforts include Censored Voices [+lire aussi :
bande-annonce
fiche film] and The Oslo Diaries, returns with Kings of Capitol Hill, which world-premiered at Hot Docs and is now screening in Docaviv's Israeli Competition. The story of the biggest pro-Israel lobbying group in the USA, the American Israeli Public Affair Committee (AIPAC), is told in an eminently insightful and dynamic manner, from its liberal grassroots beginnings to becoming one of the inevitable stops in nearly every politician's fundraising campaign.

The film opens with a text explaining that AIPAC hasn't given any interviews in its 60 years of existence. It remains true as Loushy interviews the founding fathers of the organisation, who have all since been fired or left on their own. The key reasons for these departures lie in ideological changes which both America and AIPAC itself have gone through in their recent history.

The main interviewees in the film are AIPAC figures who were prominent in the 1980s, the period when the group gained most of its power: AIPAC CEO Tom Dine, his executive assistant M.J. Rosenberg, director of foreign policy Steve Rosen, analyst Kieth Wissman and chief lobbyist Doug Bloomfield, while board member Ada Horwitch is there to share details of AIPAC's complicated and eventually highly conflicted functioning in the 21st century.

These experienced and shrewd political figures from behind the scenes all come from a liberal background: in the 1960s, says Rosenberg, 80% of American Jews were Democrats. AIPAC was founded by the legendary Si Kenen in order to help raise money (and awareness) for the Six-Day War, and this success put the group on America's political map. Soon, the organisation was hiring people who worked for anti-Vietnam War campaigns.

But AIPAC wouldn't reach its present heights of power until the 1980s, when its support famously took the politician Paul Simon to victory in the race to the Senate against three-term incumbent Charles H. Percy. This showed that, by aligning himself with AIPAC, a politician could count on Jewish votes with certainty.

While AIPAC itself does not directly raise money for politicians' campaigns, their events, especially their annual conference, soon became an unmissable stop both for those looking for funds and for those willing to dish it out in exchange for influence. Since Reagan became President and AIPAC's ideology gradually went from the left to the right, along with the general public orientation in the 1980s, most American presidential candidates have spoken at an AIPAC conference. The rising influence of AIPAC meant that it even had a hand in legislation. "AIPAC would never tell you this," says Wissman in the film. "But we had congressmen come to our offices to write laws. I wrote a law once myself."

Starting with the Oslo Peace Treaty between Peres and Arafat in 1993, and moving into the new century, AIPAC's positions changed. The biggest institutional conflict came with Obama and his anti-settlement statements, followed by Netanyahu's infamous Congress speech, and especially the nuclear deal with Iran — which Trump later pulled out of. This most exciting part of the film is also, naturally, the least smooth: this is history that is presently unfolding and the results of which are yet to be understood.

By telling the story of AIPAC, Loushy provides a significant context for both America's and Israel's history in the last 60 years. Perhaps most interestingly, the film clearly demystifies how lobbying in American politics works, and how internal and foreign political affairs affect each other, both in the public sphere and behind the scenes.

plus sur : Kings of Capitol Hill

Love It Was Not triomphe à Docaviv

Critique : The Taste of Desire

Critique : The Gig Is Up 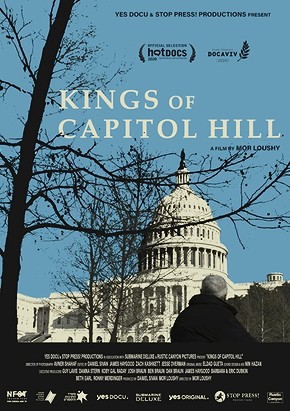 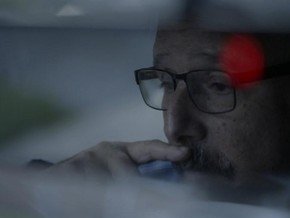