One of the many documentaries that have seen their festival itinerary disrupted by the pandemic, Josefin & Florin [+lire aussi :
bande-annonce
fiche film] by Swedish directors Ellen Fiske and Joanna Karlberg recently won the main award in the Romanian Competition at the Astra Film Festival (4-13 September, Sibiu, to be followed by an online edition in October), Romania’s longest-running documentary gathering (see the news). A touching story of both love and social stigma, the film offers impressive access to the life of Josefin, a 38-year-old Swedish single mother, and Florin, a 22-year-old Romanian Gypsy beggar who becomes her husband.

Josefin & Florin is one of those documentaries that are met with various reactions depending on where they are screened, practically becoming a racism test for the audience. Combining harsh reality with fairy-tale elements, the feature shows what happens when two rather different worlds collide and two people put their hopes and energy into making a life for themselves in rural Sweden. In a world where conflict, even fake conflict, is at the core of pretty much any story one can find in the media, Josefin & Florin wins important brownie points by exploring what brings us together, rather than what is supposed or expected to separate us.

When we meet the two protagonists, they are already together, living in a small house in the country. We see Florin building a pigsty, helped by a rather reluctant Josefin, and this scene seems perfectly in sync with what one may expect from a young, happy couple living in a village. But then, we learn details about how they actually met: after recently emigrating from a poor region in Romania, Florin was begging in front of a Swedish convenience store when Josefin came shopping. Do we think there is something wrong about the inception of this love story? The documentary and its protagonists seem determined to prove us wrong.

The excellent camerawork by Ellinor Hallin (who co-directed last year’s impressive Scheme Birds [+lire aussi :
bande-annonce
fiche film] with Ellen Fiske) welcomes the viewers into the house of the protagonists, where we are offered unhindered access to their plans and the obstacles they encounter. It is amazing (and quite touching) how everything seems to be designed to resemble a fairy tale, with an alternative princess and a prince charming, but also with an ogre or a witch being easily identifiable among the characters. And when Florin triumphantly carries Josefin on his bike, what is it if not a fairy-tale couple riding a valiant steed to their happily-ever-after?

Even though we have so many elements (including garden dwarves and a quest!) inviting us to make these fairy-tale comparisons, Josefin and Florin are real, and they face real issues. The contrast between her mature decisions and his youthful hopes and shortcomings is extremely endearing, without forcing the audience to wish for a happy ending. Watching Florin, meeting his family and going to his home village in native Romania will force the viewers to put themselves in his shoes. What would have become of us if we had been raised in the same family, wallowing in poverty and with almost no access to education? Would we still be sitting comfortably in front of a screen, after having paid for a ticket to watch a documentary at a festival? No, we would not, because we wouldn’t have had the money or the time for it, as we would have been too busy fighting for our own survival. 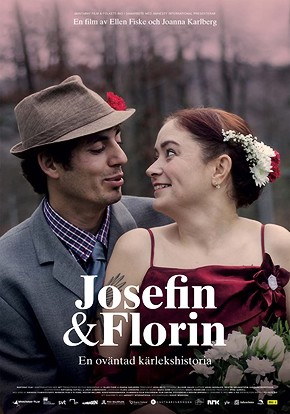 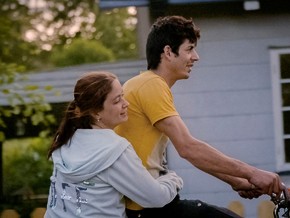 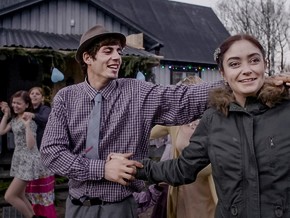