Something interesting is brewing in Estonia these days, with delightful oddities – like Old Man – The Movie [+lire aussi :
critique
bande-annonce
fiche film], featuring the most flatulent cows in recent memory – popping up left, right and centre. Rasmus Merivoo’s Kratt [+lire aussi :
interview : Rasmus Merivoo
fiche film], now showing at the Fantasia Film Festival, is such an oddity, too, a family film that’s bound to make the little ones squeal with excitement and their parents shift uncomfortably in their seats, wondering why the hell they didn’t go to see a new Pixar movie instead. To which the simplest answer would be: because here, people are actually turned into pizzas.

The titular magical creature, albeit with less flesh on its frame, is something that has already made an appearance in Rainer Sarnet’s excellent November [+lire aussi :
critique
bande-annonce
interview : Rea Lest
fiche film], for example – formed from, well, whatever is around, it’s basically a multifunctional household appliance that looks a bit like a DIY version of Chappie. It may be plagued by murderous tendencies, true, but these only truly kick in when it doesn’t have enough things to do. And, let’s face it, we have all met people like that in our past. Or in our own home.

Starting with a post-massacre landscape, flies buzzing, almost immediately followed by some choking, too, Merivoo then decides to radically change surroundings, jumping into the familiar tragedy of yet another pair of city kids whisked off to spend their summer surrounded by nature, smartphones gone, as their parents attempt to discover themselves while puking their guts out under the close supervision of some wannabe guru. But save for some initial squealing about the lack of internet access and their abandoned subscribers, they are not that obnoxious, it turns out, and soon, they come up with a plan that should allow their struggling grandmother to just “focus on being old”. If, somewhere along the way, they can get out of their daily chores, especially those on the more pungent side, and stuff their faces with pancakes, so be it. Fine, so maybe they are that obnoxious.

One old, mysterious book later, loosely translated by a tipsy adult, the Kratt is already punching down bread dough, and the whole village is plunged into havoc. What Merivoo does here brings to mind what Jalmari Helander was trying out in a Finnish neighbourhood a good while ago, with Rare Exports: A Christmas Tale [+lire aussi :
critique
bande-annonce
interview : Jalmari Helander
fiche film], also embracing his country’s specific mythology and giving it a freshly dark spin. His efforts are a bit more uneven here, with some not-quite-there acting and overlong subplots involving bureaucracy and some men’s perplexing fondness for cutting down trees, but there is nothing like seeing a pissed-off critter with a Limahl hairdo, loudly demanding work over and over again, or squaring off with – who else – a local priest. And if some are still not convinced that this is for kids, here is the ultimate bonus: it might put them off pizzas. For good.

Kratt was written by Rasmus Merivoo and was produced by Estonia’s Tallifornia.

Critique : Once Were Humans 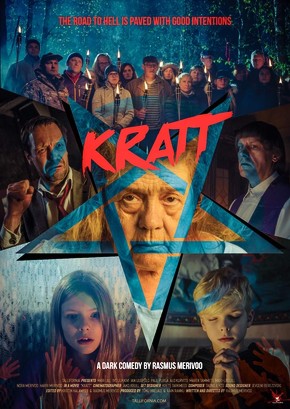 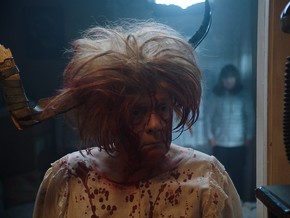 Critique : Once Were Humans