In the intertitle that closes Icelandic writer-director-producer Teitur Magnusson's feature debut, Owls, we are informed that it takes a victim of domestic abuse an average of seven attempts to get out of the relationship. The awareness of this important topic has been raised by the #MeToo movement and the danger of it exacerbated by the pandemic lockdown, in which victims literally had nowhere to run.

As we meet one of the two heroes, the ginger-bearded Pall (co-producer and actor Bjartmar Einarsson in his first feature role), he is chopping wood in front of his house in the middle of nowhere, smoking a pipe. Next, he comes out of the lake with a fish in his hand, which he fries and then eats without bread or any sides. At first, it feels almost like a parody of the stereotype of a solitary man of nature, but his reclusiveness and need for nothing but the basics are soon clearly explained.

All over the walls of his house, there are paintings and drawings of owls, and he tries his hand at drawing them, too, while looking at a photo that we initially only see from the back. He also talks to someone – his late wife, we assume – and listens to tapes from his therapy. When he’s not eating fish, it is duck, and thus we see his "Chekhov’s shotgun" long before Elisabeth (Rakel Ýr Stefánsdóttir, also debuting in a feature film), a young, blonde woman, all beaten up, collapses on the road near his house.

He brings her in, and at first, he is reserved and cold, and she, after getting a good shower and a plate of fish, gets curious. Gradually, they get closer, warming to each other even though any potential sexual chemistry is blocked by Pall's jealous keeping of his past and his pain to himself. And when Elisabeth's boyfriend comes knocking, our hero is not only protective of her, but also insists on asking the eternal question – why does she stay with him?

Craft-wise, the director makes the most of the one-interior location and the lovely, sunny nature of the Icelandic countryside, with DoP Joshua Ásberg pulling an unexpected variety of atmospheres out of the simple house through some inspired lighting work. The score by Magnús Jóhann Ragnarsson combines screeching, dissonant strings with percussion, building unsettling soundscapes that feel especially uncanny amidst the warm sunlight streaming in through the windows of Pall's house and easily harking back to the dynamics of abusive relationships.

Einarsson and Stefánsdóttir make for a strong, dynamic and engaging on-screen couple, and Magnusson's background character work is so realistic and rooted in psychology that the possibility of romance between them barely crosses the viewers' minds. In their arcs, they predictably switch places near the end of the second act, but ultimately, the film really deals more deeply and in a more satisfactory way with Pall's grief and guilt than with Elisabeth's situation.

Owls is a co-production by Icelandic companies Murra and Andvaka.

Critique : I Am Zlatan 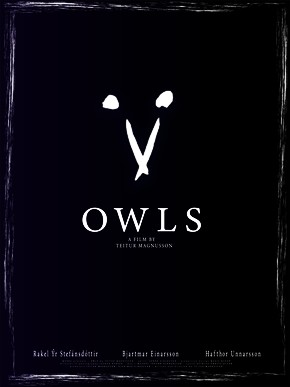