It’s always challenging to transpose to the big screen the pain and the misfortunes of someone severely affected by mental-health issues. Inspired by real-life events that happened to a close bipolar friend of theirs, the Abele brothers – writer-directors Raitis and Lauris with DoP Mārcis – have presented their feature debut, entitled Troubled Minds [+lire aussi :
bande-annonce
interview : Lauris Abele, Raitis Abele…
fiche film], in the First Feature Competition of this year’s Tallinn Black Nights Film Festival.

Billed as a “dramedy” – a definition only partly accurate, as here one will find way more drama than comedy – Troubled Minds follows Robert (Toms Auniņš) and Martin (Mārcis Lācis), two brothers and provocative visual artists working on their biggest exhibition. Robert and Martin struggle to move forward with their work, fearing that they will compromise the deal they have with Gunnar, a prominent local art gallerist backing their exhibition (Juris Žagars). The days go by, marked by their abuse of psychotropic substances, heavy drinking, casual encounters, disrupted sleep cycles, hallucinations and wild sex. Their chaotic lifestyle is evidently reflected through the film’s frenetic camera work, its flashing colours and the pounding soundscape, not too subtly recalling the psychedelic, disturbing atmospheres of Gaspar Noé’s work.

In any case, the movie slowly hits its stride as we get to know more about the two lead characters. Their conflicting personalities gradually emerge, and we thus realise how explosive their future clashes might be. Martin seems the one always pushing things to the extreme, firmly convinced that the reversal of the magnetic poles will take place in the near future – a belief that is set to trigger unexpected consequences. Meanwhile, Robert adopts a more cautious and grounded profile, despite not being entirely lucid or at peace with himself. The development of their relationship is perceivable not only through their behaviour and life choices, but also by observing how they radically transform their appearances, and in particular their beards and haircuts.

On a more light-hearted note, the film does not hesitate to depict the crazy underworld of (pseudo-)artists and the clichés surrounding the sector’s connoisseurs, often caught admiring incomprehensible contemporary artworks.

The closing scene is the most emotional of the whole picture. It successfully captures the burden of living with bipolar disorder and other mental-health afflictions. In it, the huge, black cube we see at various point during the film, which plays a symbolic role throughout, takes on a new meaning that is open to multiple interpretations.

Owing to its controversial narrative and characters, Troubled Minds will surely divide the audience. Nevertheless, it is a journey worth exploring, and a rather audacious cinematic experiment within the context of the Baltic region’s film scene. 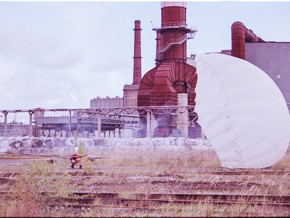 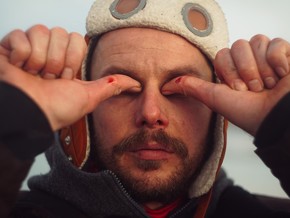 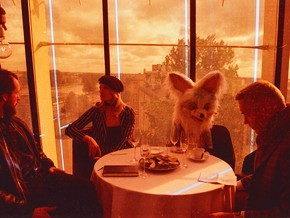 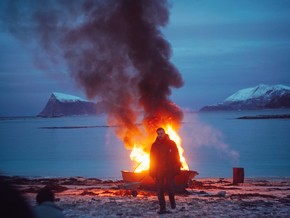 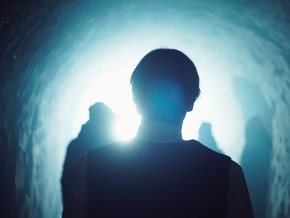