Critique : Is There Anybody Out There?

It’s funny how a documentary unveiling the experience of someone whose disability is so rare that it puts her in a global category of only several dozen others can attain such universality. This is because filmmaker Ella Glendining, although having every right to hog the limelight in her own self-portrait, realises that observing oneself is reliant on what else we perceive. Whilst there’s been a mite of backlash to representation politics from all sides, despite strides made over the past decade, Glendining’s debut feature, Is There Anybody Out There?, which has premiered in Sundance’s World Cinema Documentary Competition, is further affirmation of the necessity of “feeling seen”, and perhaps also cinema which assists that process.

Now in her twenties, Glendining was born with no hip joints and very short femurs, giving her a smaller stature compared to other adults of her age, and requiring wheelchair use for greater mobility. This is one of those documentaries that feels only deceptively spontaneous, where the chronology and revelations are carefully doled out for maximum impact, and Glendining and her editor Rachel Roberts achieve much success by jilting the audience’s preconceptions. She attains a deft balance, playing off the optimism and empowerment she carries now against disarmingly candid 1990s camcorder footage of her early life and development, together with present-day interviews where her separated parents articulately probe their feelings and initial fears.

Another motif is time: looking at the cutting-edge surgery afforded to young people living with her condition today, and her own doctors’ uncertainty over the correct treatment due to the lack of precedent, the film is laced with a rare sort of gratitude for contemporary attitudes to disability. Cuts to footage from the famous 1932 Hollywood “horror” Freaks and a fusty, othering 1970s British TV documentary on another disabled boy remind us how a space has formed for creditable representation, but also more of an existential vacuum for people like Ella, now faced with the burden of defining themselves, where previously social prejudice would set the parameters. Nevertheless, her glasses are not so rose-tinted as to prevent her from recalling flashbacks of childhood bullying, employment rejection or the name calling of “midget” that she’s still occasionally subjected to on the streets.

The passages where the film prompts discomfort – which might want for more context on Ella’s able-bodied partner Scott, and her pregnancy in the first two acts – are also fascinatingly answered, as the filmmaker baldly brings up in high-stakes social situations what we all might be wondering. She even tuts at the film’s funders, who request more exegesis on Scott’s place in her life, and shuns the view that he might be characterised as the “non-disabled hero” of her film – in a scaldingly confessional work of her own, Ella permits his right to privacy.

In the film’s post-COVID American journey section, where she meets the similar individuals she’s managed to locate and befriend from Facebook and TikTok in person, we alight on Priscilla, a make-up artist close to her age. Deflating the embarrassed tension the audience may be nursing, they share war stories from the dating scene and wonder aloud if they’re subject to “fetishes” by potential able-bodied partners. A Louis Theroux-like interview with the quite sinister surgeon Dr Dror Paley drops the film into less-personalised current-affairs doc territory, as the pros and cons of early-life corrective surgery are perceived even-handedly (and a bit passionlessly, given the lack of stakes for Ella) from all sides.

Returning to the example of the 1970s television show, Is There Anybody Out There? also displays a kind of protean primetime TV inclusiveness, ideal for a large, multi-age broadcast audience. The simplification of this mode depletes the film slightly, but still doesn’t diminish one of the better contemplations on this topic seen in recent years.

Is There Anybody Out There? is a UK-US production staged by Hot Property Films, Chicken & Egg Pictures and Tigerlily Two Productions. Its world sales are handled by Autlook Filmsales.

plus sur : Is There Anybody Out There?

Critique : Is There Anybody Out There? 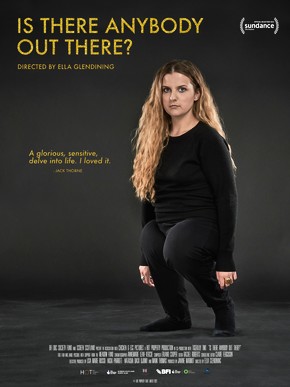 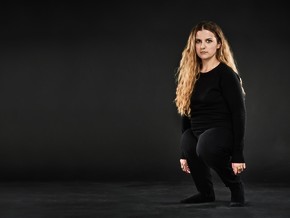 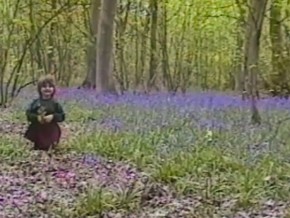 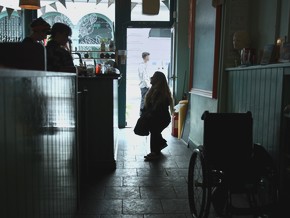