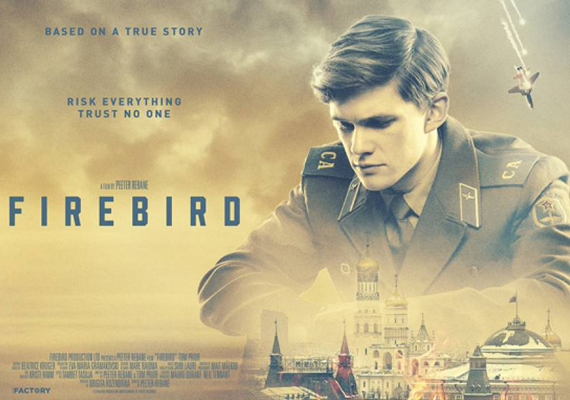 Estonian director-producer Peeter Rebane’s debut feature will be a Cold War thriller set in the Soviet Union in the 1970s. The project, entitled Firebird [+leggi anche:
recensione
trailer
scheda film], is based on a true story revolving around a dangerous love triangle formed by Sergey (Tom Prior), a troubled conscript, his charming and ambitious friend Luisa (Diana Pozharskaya), secretary to the base commander, and Roman (Oleg Zagorodnii), a daring young pilot in the Soviet Air Force. The three characters will embark on a fatal affair of forbidden love and deception, walking the precarious line between love and friendship. Sergey is forced to face his past while Roman's career is in jeopardy and Luisa struggles to keep her family together. As the walls close in, they risk their freedom and their very lives in the face of an escalating KGB investigation and the multiple perils of an all-seeing Soviet regime.

Firebird is being produced by Brigita Rozenbrika, Mauro Durant and Neil Tennant for the British division of international production outfit The Factory, in cooperation with Will Randall-Coath and Dankuro Shinma for Weybridge-based firm No Reservation Entertainment. The project is benefiting from a cash-rebate incentive of €455,562, offered by the Estonian Film Institute, and additional funding has been provided by Swiss and British private backers. On 23 September, filming started in Ida-Virumaa county, an Estonian region where ethnic Russians still constitute the vast majority of the local population, and will then continue in Malta.

An official theatrical release date has not been confirmed yet.