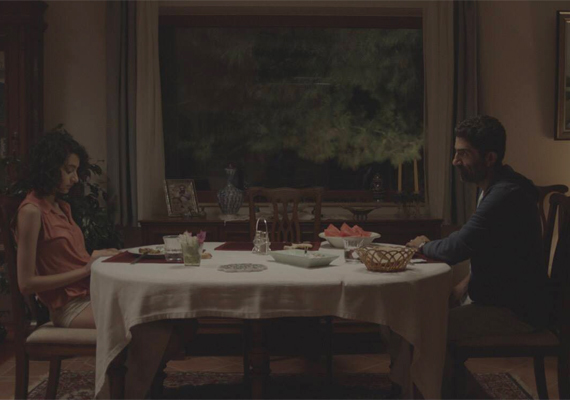 After a successful first edition last year, the 20th East-West co-production market connecting cottbus, aka coco (8-9 November), rebooted the cocoWIP programme, fattened up by two more works in progress for a total of six private presentations and excerpt screenings (as the films are all already shot, and their teams are looking for support for their post-production and/or gap financing) in front of a selected audience of professionals and press. Besides getting the opportunity to find potential partners for this final stretch on the road to completion, the participants were all vying for the D-Facto Motion WIP Award, a prize consisting of €35,000 in post-production services, sponsored by German post-production studio D-Facto Motion, handed out by an expert jury consisting of Sata Cissokho (Memento Films International) and Anna Hoffmann (Berlinale Forum), as well as Waheed Zamani and Julia Brachert (representing D-Facto Motion). The attendees were impressed by the high quality and variety found in the projects presented. 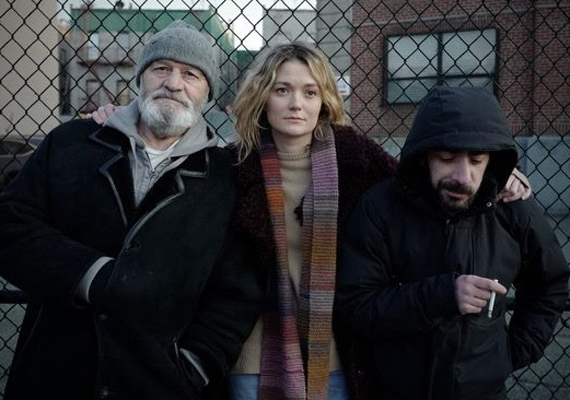 Brighton 4 by fiction and documentary director Levan Koguashvili (Georgia/Monaco/Russia/Bulgaria/USA), a dramedy shot in Georgian, Russian and English, follows an "ex-Soviet wrestling champion as he travels to Brooklyn to check on his son Soso, only to discover that he is deep in gambling debt. With only a few days left to pay, father and son set out to find money in the oddball microcosm of Brighton Beach. Life there is a mix of criminal drama and comedy." The auteur and his producers – Olena Yershova, Irakli Rodonaya, Stefan Kitanov and Michel Merkt, of Kino Iberica, KNM, Moskvich, Art Fest and Broken Cage – chose to screen two extended segments of the film, which allowed attendees to get a good feel both of the New York surroundings and of the humorous way the movie stages unexpected emotional switches resulting from the contrast between the antagonistic conditions the characters are placed in and their fundamental humanity and sense of community. The producers came to cocoWIP looking for a sales agent, TV pre-sales, post-production and festivals.

Geranium by first-time director Cagil Bocut (Turkey), the winner of the D-Facto Motion WIP Award, produced by Asli Erdem and Caglar Bocutoglu for Kolor Film and Beatrice Films, was described as follows in the coco pitch book: "Defne (20) dreads visiting home. She never got on with her authoritarian father, who has just suffered a stroke. At the Mediterranean family villa, she witnesses her beloved aunt's suicide and becomes a murder suspect. Her father could bail her out, but at a cost that Defne may not wish to accept." Through a dozen or so short excerpts, which also showed the range of locations and the visual mood of the film, still making sure they left the viewers curious, the director-producer team sketched an outline of the narrative from an initial moral conflict to "crime territory", and stayed close enough to the main character for the attendees at the screening to feel empathy for her. The makers of Geranium were hoping to catch the attention of festivals, a sales agent and distributors, but were also looking for soft money or in-kind services for online post-production. 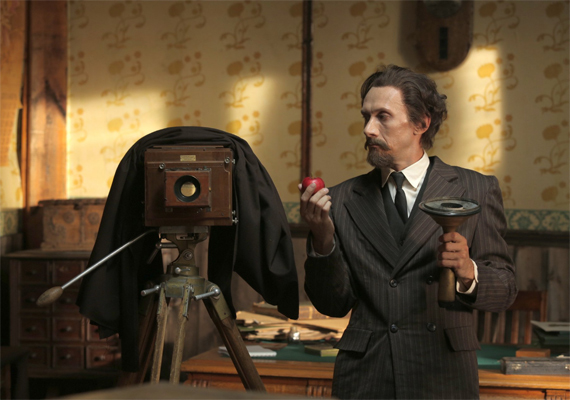 Last Dear Bulgaria by seasoned director Aleksey Fedorchenko (Russia), a visually luscious title named after an extinct, fictional variety of apple, presented as a "psychological detective story", does have one "linear" story at its core: "Evacuated to Southern Kazakhstan during World War II, fruit breeder Leonid [...] finds in his lodging the diaries of writer Mikhail, who died under mysterious circumstances. Leonid begins to investigate, immersing himself in Mikhail’s memories." What was underlined in the presentation were the non-linear, poetic aspects of the film, the fact that the action takes place whilst Eisenstein (who is present in the movie – the colours, costumes and set design of which in fact recall Peter Greenaway's recent Eisenstein extravaganza) is filming Ivan the Terrible, and the split-screen technique used rather delightfully (vertically, horizontally, sometimes in more bendy ways...) to illustrate in style the fact that imagination is multi-layered. The producers – Andrey Saveliev, Artem Vassiliev, Aleksey Fedorchenko and Dmitriy Vorobyev, of SAGa, Metrafilms and 29th February – are looking for post-production partners.

My Thoughts are Silent [+leggi anche:
recensione
trailer
scheda film] by first-time director Antonio Lukich, produced by Dmitry Sukhanov and Alla Belaya, of Toy Cinema (Ukraine), is a dramedy with an emphasis on the –medy, as it had the audience laughing approvingly during all of the handful of colourful excerpts shown at cocoWIP. The short synopsis says: "Broke sound recordist Vadim (25) is desperate to leave Ukraine. To make some money, he takes an assignment to record animal sounds in the Carpathian mountains. His clingy mother tags along for the trip, and eventually, the road shows them that each of them has to follow their own path." The presentation put the emphasis not on the story itself, but rather on the tender, bemused tone used to depict the extroverted mother and her relation to her lanky, introverted offspring, which proved to be efficient at the cocoWIP screening. The reactions during the non-spoken lip-balm scene, reminiscent of the work of Kaurismäki and Roy Andersson, might even have won over the sales agent and festival representatives the team was hoping to meet in Cottbus. 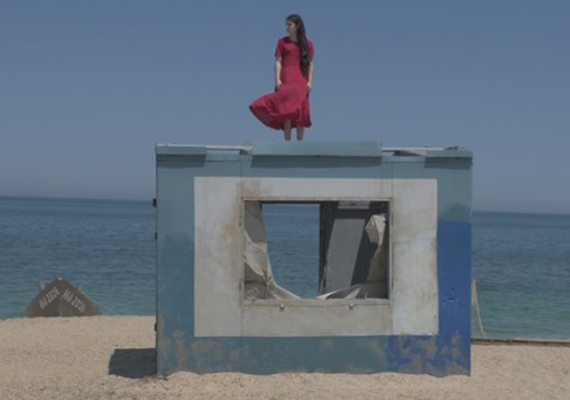 Night Tide by Ismail Safarali, a coco alumni project (2017)from Azerbaijan and Russia, came along having already been completed. The producers, Maria Ibrahimova, of Cinex Productions, and Alexander Rodnyansky and Sergei Melkumov, of Non-Stop Production, are now looking for festivals, a sales agent, distributors, and feedback from industry and marketing experts. The sombre story presented in the radiant seaside images shown to the cocoWIP industry guests centres on a rebellious reverse Antigone: "In a tiny fishing village, young Sara's father disappears at sea. She refuses to bury him without proof of his death, but misfortunes plague the village, and the superstitious inhabitants demand a funeral..." As biblical or Greek tragedy-like as the plot may sound, it is actually the director’s personal experience of loss that he has turned into this forget-me-not-blue, slightly dreamy tale.

Finally, Zana [+leggi anche:
recensione
trailer
intervista: Antoneta Kastrati
scheda film] by Kosovar-born documentary filmmaker Antoneta Kastrati, also represented in Cottbus by her sister, cinematographer and producer Sevdije Kastrati – working with Casey Cooper Johnson for Crossing Bridges Films (Kosovo) and Dritan Huqi for On FILM Production (Albania – who was, in 2011, the first-ever Albanian Cannes Producer on the Move) – transcends the personal trauma of tragic losses suffered during a senseless war, transforming it into a beautifully shot and lit, haunted and haunting debut fiction feature. The film, presented as a drama and a psychological thriller, reflects on that painful heritage through the story of a grieving Kosovar mother suffering from PTSD: "Years after losing her only child in the Kosovo War, Lume is plagued by night terrors and unable to conceive again. Her in-laws send her to local witch doctors to cure her infertility..." The scenes chosen by the director-producer team behind Zana, which included an impressive, loaded visit to the fortune teller, suggest that the shut-off main character's mental landscape and shocking visions, paired with a complex web of intrigue, tension, pressures, secrets and lies, make for an intense and emotional piece of filmmaking bound to appeal to potential post-production partners, sales agents and festivals, both at cocoWIP and beyond.